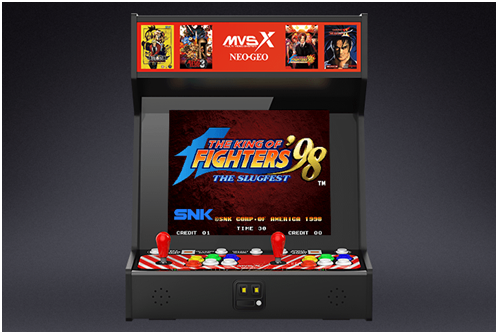 Neo Geo fans around the world have had plenty of occasions to celebrate as of late, what with this beloved arcade & console platform receiving quite a lot of attention and home adaptations in the past few years. Starting with the Neo Geo Mini, and then the Neo Geo Arcade Stick Pro, both great ports of the popular console, and now the Neo Geo MVSX, which is scheduled for release in the West in November of this year.

The Neo Geo MVSX (Multi Video System X) is a full-size arcade cabinet featuring 50 Neo Geo titles built into the machine. The device itself includes two sets of control side-by-side, and comes with a 17-inch LCD display. The idea of this adaptation is to update the original Neo Geo experience with state of the art components, but while preserving the pixelated goodness. To this end, the MVSX comes packed with several specs and functions, including the following:

The MVSX has a 1280×1024 LCD screen, and we have pixel to pixel scale to remake the perfect pixel style game image, and we also support scan line to emulate the old CRT image.

The size and panel is perfect for 2 players but is not too big (W15 in X D 17 in X H25 in) as it uses the classic MVS joystick and button configuration.

The design of the MVSX Home Arcade is based on the nostalgic NEOGEO MVS arcade and will feature 2 sets of joysticks and buttons, stereo speakers and an 17 inch display. Enjoy all the classic arcade games with your friends again!

There is a AES/MVS mode switch in the settings menu that allows you to play either the arcade or home versions of each game. 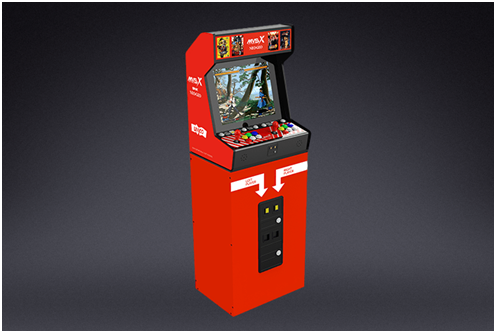 What Games Does it Include?

According to the website, the Neo Geo MVSX will include 50 titles, including many entries from the most popular series such as King of Fighters, Metal Slug, Samurai Shodown, Fatal Fury, and  World Heroes. Some standalone titles include games like Shock Troopers, Super Sidekicks, 3 Count Bout, Football Frenzy, and Baseball Stars, among others.

Where Can I Get One?

The Neo Geo MVSX will release in the US, Canada, Mexico, and South America this November 20. A special pre-order configuration (shown above with the base) will sell at a MSRP of $499.99; Outside of that, just the unit will run $449, then the stand/base is $99. The team behind this hasn’t disclosed exactly which retailers will carry it at this time. We expect more info regarding purchasing and preordering to release shortly, so stick around!