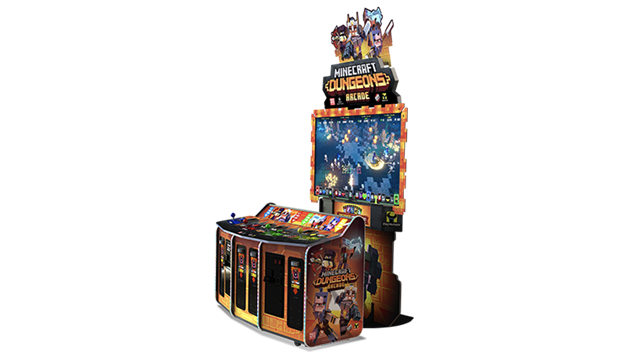 Most of you will probably already know about Minecraft. Even if you don’t actually know what it’s about, you’ll likely have heard of the name. After all, it’s arguably the most popular game of all time, even surpassing the legendary Tetris in sales. This makes it even more exciting when, earlier this week, Play Mechanix revealed that they are working on an arcade version of Minecraft—although this version is actually based on Minecraft Dungeons, and not the base sandbox survival game that most people know.

This announcement came in the form of a post on Minecraft’s official website, where they revealed that Minecraft Dungeons Arcade was currently in development by the aforementioned popular arcade game devs. For those who are unfamiliar with it, Minecraft Dungeons is a spinoff of the popular series, which consists of a top-down action RPG where players get to hack and slash their way through dungeons filled with monsters and other nasties, in the same vein as Diablo or Gauntlet. The main difference here being that player skills and abilities revolve around cards instead of equippables or leveling up.

Minecraft Dungeons Arcade is designed to be played with up to 4 players in the same cabinet, and the controls for each gamer are created to remain simplistic so players can focus on the intense and chaotic action that will unfold on the screen without having to constantly second guess their inputs. In the words of Play Mechanix creative director Will Carlin: “There are nine levels in total, and each player only needs to focus on three specific buttons: Melee, Dodge, and Range. That’s easier to count than foxtrot steps! My advice is to use every button that’s on that control panel to survive.” Further, the cabinet itself is also designed with Minecraft’s iconic blocky art style, which we’re sure many fans will appreciate.

However, the game will not only be about mindless button mashing and dungeon crawling as there are also a few puzzle elements interspersed between the hordes of monsters, mostly in the form of thinking how to use your abilities for maximum effect. As Carlin says, “It’s not just hack and slash – there’s strategy in there. If you want to get the most out of your play, you’ll want to use all the possible abilities the player has available.” 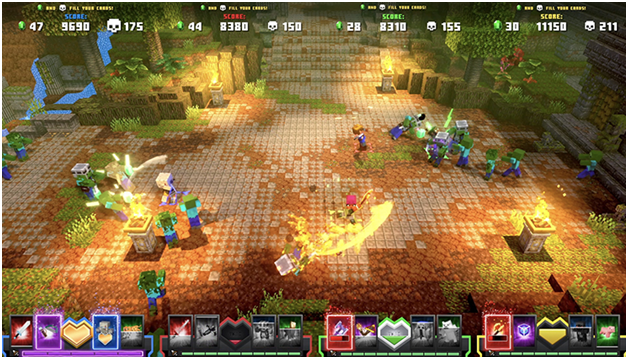 The most interesting feature, in our opinion, is the card mechanic, which will definitely keep you coming back for more. Instead of having characters with set skills and abilities, players will earn physical cards every time they play a round of Minecraft Dungeons Arcades. These cards can then be scanned in the cabinet in subsequent rounds in order to equip your characters with additional skills that can give you the edge in-game. There are 60 cards to collect, which certainly makes it sound like the combinations that you can create are endless.

Sadly, there’s still no release date for Minecraft Dungeons Arcade, though a post on the popular Arcade Heroes blog suggests this Summer as a potential launch period. They also said that the game is currently in testing in several undisclosed locations, so you might actually run into the game if you’re lucky. Drop us a comment and tell us all about it if you do! 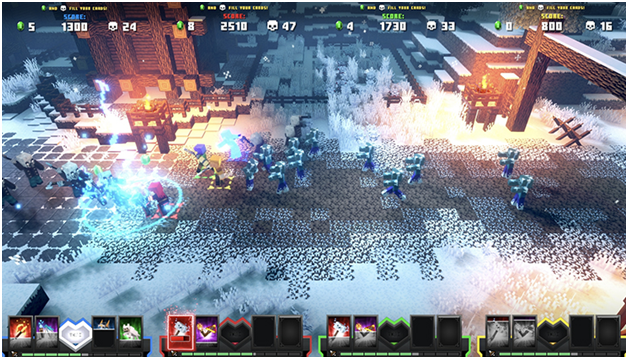