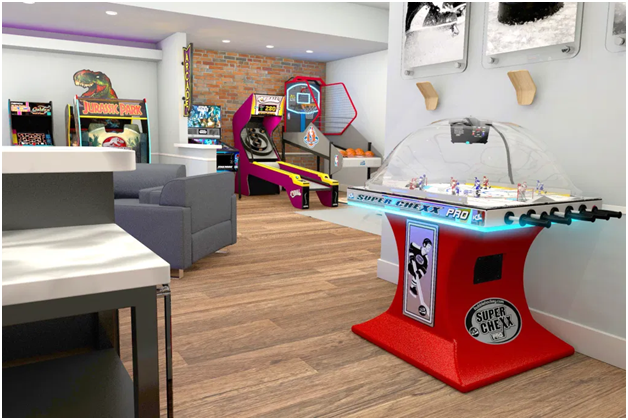 During the toughest of times, those who reinvent themselves and adapt are usually the ones who come out on top, and the video game industry is no exception. Specifically, with the state of constant flux that the arcade industry finds itself in, manufacturers and sellers are looking to find alternative methods to connect with their buyers, including the final users which, for many, are the people who actually play the games.

While FEC owners are frequently among the main consumers who purchase arcade cabinets for their businesses, the restrictions stemming from the ongoing pandemic have caused most of these centers to shut down until further notice. Despite the said restrictions being lifted somewhat in certain places, FECs are among the businesses that are mostly still forbidden from reopening.

While this is definitely a heavy blow for most manufacturers, it poses an opportunity for companies like ICE, who are shifting their focus from businesses to home users with their latest line of products, Home Arcade Games.

The purpose of this line is to offer an adapted version of ICE’s most popular titles for the common home gamer. For most, we assume this would be altering somewhat the dimensions of the machines and perhaps even the paneling, particularly in the coin slot since the games are for home use and not meant to function as traditional coin redemption machines. Ultimately, however, the idea is to provide the same level of entertainment and fun at home than what you would get in your local FEC, sans the rows and rows of lights and the cacophony and beeps and boops which, depending on who you ask, could be either a pro or a con.

Though ICE hasn’t really revealed any specifics regarding which of their games will be included in this new line, promotional material suggests that it will include titles like Class of ‘81, a cabinet that includes both Ms. Pac-Man and Galaga; Jurassic Park Arcade, and even amusements like Collegiate Hoops and Iceball Alley Bowler, among others.

We suspect this announcement followed by complete silence is due to the fact that ICE is going to be holding a showroom this October 1, where they will be revealing more details about this new line of products, perhaps even including pricing, release dates, and purchase details. Nevertheless, the prospect of having home versions of popular arcade games and amusements is thrilling, especially in these times when no one knows when FECs will actually reopen.