In the past, we’ve touched the topic of building your own game room at home, and the considerations that must be heeded in order to make the best decisions in terms of room size, and types of games to purchase, among other things. However, if you’re an arcade enthusiast at home, odds are that you’ve seldom seen a cabinet, pinball machine, or another type of amusement in their original box, fresh out of the assembly line. Regardless, if this is your case, but you’re a hardcore arcade fan like us, that won’t stop you from actually finding out what unboxing one of the said amusements looks like and today, this was made possible thanks to the boys at IGN, who took it upon themselves to unbox, assemble, and showcase Jersey Jack Pinball’s The Hobbit pinball machine.

The fact that we’re talking about an amusement that’s centered on one of the world’s most popular and lucrative film franchises (and a special, limited edition at that) is just one of the many highlights of the show. The video is conducted by Samuel Claiborn, IGN’s Managing Editor and pinball enthusiast who runs a restoration shop for these types of amusements right out of his garage. Joining Samuel is Jack Guarnieri, Jersey Jack Pinball’s founder, and CEO. Jersey Jack Pinball is the manufacturer of The Hobbit pinball machine in question.

But before we hop into the video, let’s go over a few basic facts about the game itself. Jersey Jack Pinball is a company that is famous for creating pinball machines, an old form of entertainment itself, and adapt it to today’s technological standards. Consequently, most of their machines (all two of them), are equipped with top of the line gadgetry, including an LCD monitor which keeps track of score, lives, and plays CG scenes of the movies in question when certain conditions are met. The limited edition The Hobbit machine we’re going to show you today was released in 2015 and features a full-color cabinet with artwork by renowned artist Jeff Busch. The idea behind the machine’s design was to feature artwork from the first film of the trilogy on its left side panel and progressively switch to assets from the second and third film on its middle and right side panels. The resulting piece is a machine with a stunning design that literally represents the term “eye candy”.

All of this is certainly impressive so far, but we’ve barely scratched the surface about what this pinball machine can do. Let’s take a look at the video and what this baby’s all about:

For those that can’t view the video for some reason or another, we really recommend that you find the time to do so because neither words nor images will be able to do it justice. However, if you really can’t view it right now, but still want to know what it’s all about, we’re going to try our best to put it into words.

The video starts off with the two aforementioned individuals, Samuel and Jack, performing their respective introductions and giving us a peek of the box that contains $8,500 of pinball goodness. Shortly afterward, the two gentlemen proceed to unbox and assemble the machine in a sped-up montage with some awesome background music. After the machine is assembled, the first thing that stands out among its many features is the LCD screen. While most pinball machines used dot matrix displays to keep scores, number of lives, and other useful information, The Hobbit had a 27” LCD monitor which, besides keeping track of the aforementioned parameters, also shows other valuable information, such as the player’s progress in the “story”, alongside a map to Erebor, which shows the player’s current location on the way to the Kingdom Under The Mountain. By triggering certain events in the game, the screen can also show CG cutscenes of the movies, such as an Orc attack, and the fall of Smaug, among others.

The playfield itself is littered with countless things to do. This part also features a small screen that displays the player’s current task, so as to never lose track of what you’re trying to accomplish in the game. Like many other pinball machines, there is always some target or objective that needs to be struck in order to advance through the game’s stages, and The Hobbit is not an exception. As the player trudges through the game’s many obstacles, he will have to attack many of the monstrosities that jump out, such as Orcs, Giant Spiders, and even nasty Goblins. Smaug the Magnificent also makes an appearance, as an obstacle that the player will need to tackle after advancing through the story. Smaug’s presence in the game is always foreshadowed by several lines of dialogue taken straight out of the movie, and his fall is similarly accompanied by his death throes featured in the third film.

Other elements that make up this game are several ramps, an underground tunnel which Samuel refers to as the subway, and a few letters that make up the words “DWARF” and “MAN”, which the player will have to strike as much as possible, should he be looking to maximize his score. All in all, the elements that make up this game definitely make it stand out as one of the prettiest pinball machines we’ve set our eyes upon, and an equally entertaining one as well. Below you will be able to see a few images of this pinball machine, though we highly suggest you watch the video up there if you really want to know what the fuss is all about. 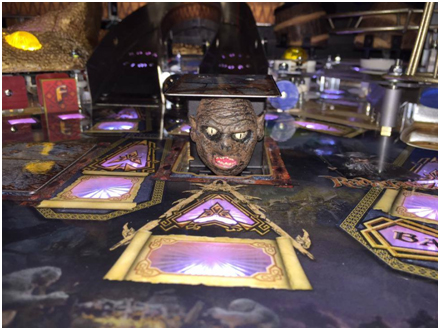 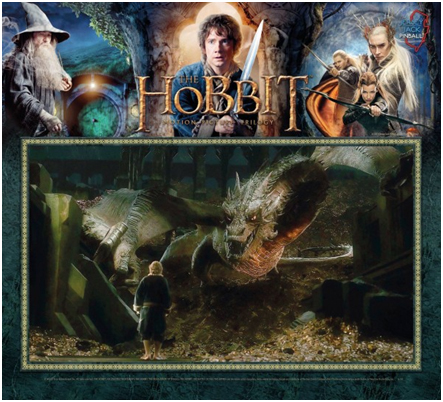 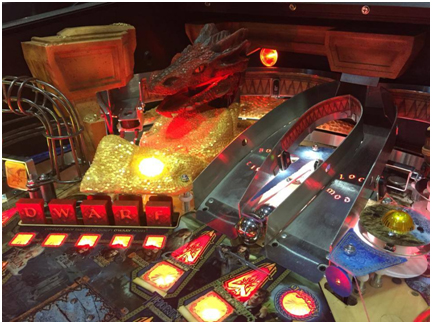 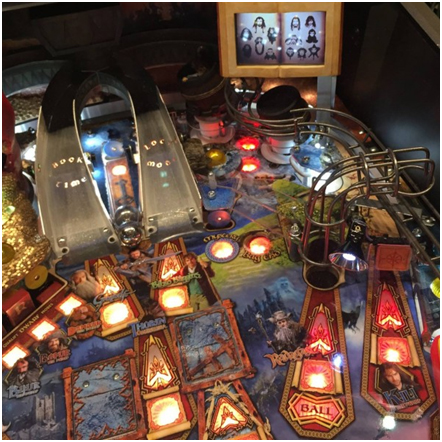 Here at PrimeTime Amusements, we’re always working hard to provide you with the very best solutions in arcade game sales and rentals. If you’re looking for a specific amusement, or would like to know more about a certain machine, feel free to call us at 1.800.550.0090 or to pay us a visit at 5300 Powerline Rd, Suite 210, Ft. Lauderdale, Florida, 33309.

Careers In Gaming: Fact or Fiction?