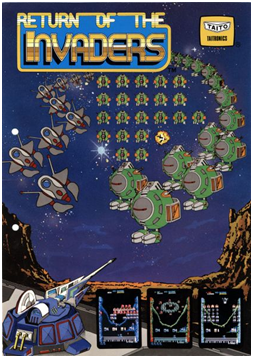 When people talk about the most popular retro arcade space shooters, it’s hard not to think of games like Space Invaders, which was arguably one of the best games in this genre at the time. Once a game like it becomes popular and famous, the team at Taito were very quick to capitalize on its success, mostly by porting Space Invaders everywhere, which is why you still see the game in modern “retro” collections nowadays. However, while Space Invaders got tons of ports, did you know it also had plenty of sequels?

Return of the Invaders was one of such sequels, and is actually officially the third entry into the series. This title was developed by UPL for Taito in 1985, and features a much more elaborate visual style compared to its 1976 predecessor, along with faster gameplay, and with a few more enemy and formation varieties. Moreover, this time the aliens aren’t limited to moving left or right in single jerky motions, but they can now drift smoothly through space. These improvements not only make the game play better, but they also make it more challenging since the player will need to keep a lot of elements in mind in order to stay alive and maximize their scores.

Luckily, as far as the player is concerned, Return of the Invaders controls pretty much the same, so there’s not really anything new to learn in this regard. Nevertheless, in this guide, we’ll be giving a few tips and tricks on how to deal with the new challenges in this game, so that you can set a high score in Return of the Invaders.

Like its predecessors, Return of the Invaders has a very simple control scheme: The players can use the joystick to move their ship left or right, and the fire button to shoot their lasers. In this game, the laser is much faster than before, so feel free to go crazy on the alien invaders.

Each stage starts you with a series of barriers called “Xero-Guards”. These barriers block both enemy shots as well as your own, and can even move around in some stages. Both players and enemies can shoot the small bridge connecting the larger sections of each barrier to blow a hole and shoot through it. Additionally, as you shoot the larger section on the left, the lightbulb will change from blue to yellow, and eventually to red as it takes damage, and the entire barrier will eventually be destroyed once it takes enough damage. 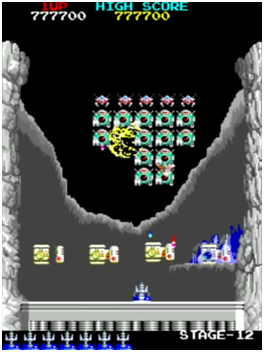 To win a stage, you simply need to destroy all the invading aliens. And while this may seem straightforward, there are a few challenges that you need to keep in mind both to optimize your score, as well as to avoid complications you might not be prepared for.

While the enemies in Return of the Invaders look very different from the ones in the first game, they behave mostly the same, with a few exceptions: 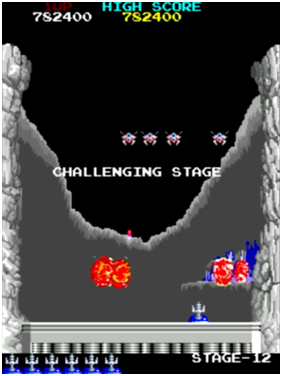 Last but not least, there are three main enemy formation layouts in Return of the Invaders:

The first layout is a circular formation, in which the enemies are arranged in three main circles moving in clockwise and counter-clockwise fashion. In this formation, the Zicons are in the innermost circle in the formation. The second is the typical Space Invaders formation, where the Zicons occupy the very top-most row of aliens. Lastly the third formation is more vertical in orientation, with the Zicons occupying the entire middle column. 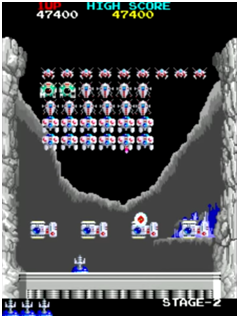 While the gameplay is very much the same regardless of the formation, it’s important to consider where the Zicons are at any given moment, considering that they are the ones that trigger the bonus stages if left alive when all other enemies are destroyed. Depending on your skill, you may want to prioritize defeating the Zicon to avoid these stages. However, if you want to set high scores, the best way is simply by leaving the Zicons alive so that they can merge into Mother Ships, and then powering through these bonus stages.