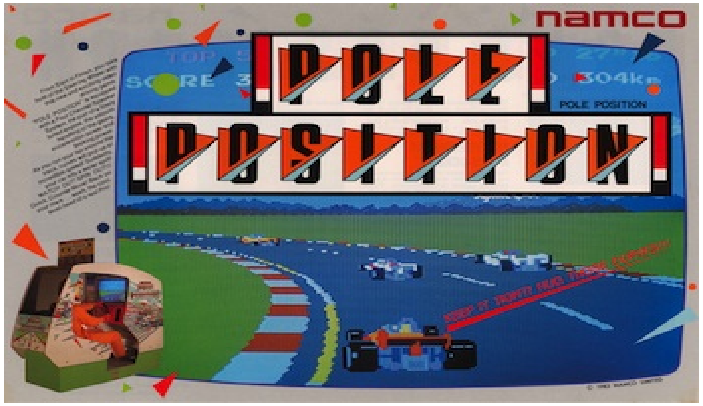 While space shooters and other games that took us to the far reaches of outer space have been synonymous with the gaming industry basically since its inception, racing games haven’t been far behind. In fact, dating all the way back to 1982 was Pole Position, arguably one of the most iconic arcade racing games of all time, and also one of the first games that Atari ever brought to the West, alongside Dig Dug. Its success was such that the company then ported it to home systems such as the 2600 and the 5200.

Nowadays, while getting your hands on an original cartridge or cabinet is as tough as ever, you can still find Pole Position in the Namco Museum collection, available on a variety of modern platforms, including PC, PS4, Nintendo Switch, and Xbox One, among others.

As a game itself—product of the times as it was—Pole Position is quite basic: Players take control of their very own F1 racing vehicle and get to compete against seven other pilots in a race to see who’s the best. And while the CPU opponents are definitely there to try and put up a challenge for the player, the real opponent in this game is the time limit. This is because the racers themselves aren’t too good, but are more like obstacles that the players need to overcome while also trying to score the best times, which is how they qualify and win.

With that being said, we’re going to give a brief overview of the basics in Pole Position, as well as give a few tips and tricks on how to maximize your performance each run, in the hopes that you can set those coveted high scores.

Starting with the controls, which are just as basic and straightforward as the game itself: You have one button for accelerating, and a d-pad/joystick for steering the car left or right. When it comes to braking, the only way to do so in home systems is simply by letting go of the gas, which is in contrast with the arcade version since this platform has a dedicated pedal for braking. And lastly, Pole Position features a Hi/Lo shift stick, which serves to change the gear the vehicle is in. In home versions, this stick is bound to the up/down directions on the d-pad/joystick. 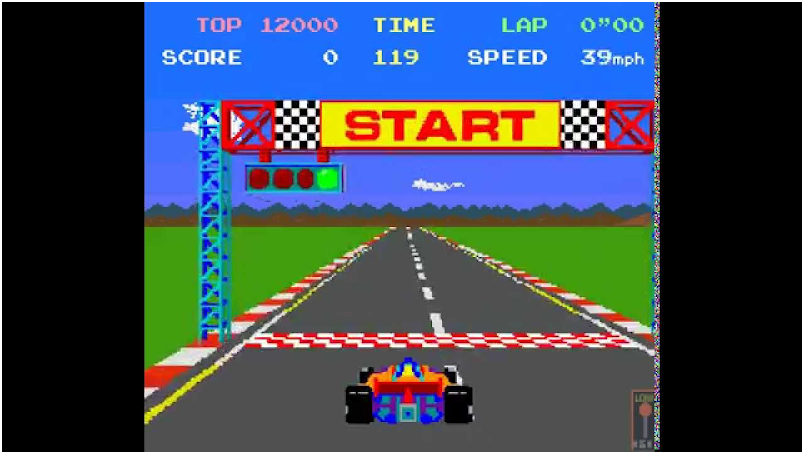 There are two main races in each round of Pole Position; a qualifying race, and the actual main race itself. Players must complete the qualifiers before a set time limit of 73 seconds in order to proceed to the next race. However, their performance in the qualifiers will also determine their starting position in the main event. The idea then is to not only qualify, but to do well enough in the qualifier to start in the pole position in the next race, which will increase your odds of winning, while giving you a nice point boost.

When it comes to the main race itself, you will always begin in a position based on your performance in the qualifiers. To earn the pole position, you need to finish the qualifiers in 58.5 seconds or less. If you earn this achievement, you’ll begin in the first place and score a nice bonus of 4,000 points, on top of the regular 10,000 points for qualifying.

Once in the main event, the goal is to complete 4 laps before the allotted time for each lap runs out. You have a set amount of time at the beginning to complete the first lap, and get an extra 45 seconds every time you complete a lap. The idea is to compete with accuracy, precision, and speed, in order to finish the race. It goes without saying that crashing and spending too much time in “Lo” gear will actively work against completing this goal.

While the game is quite straightforward and easy to pick up and play, there are a few tips and tricks you can keep in mind in order to bump up your chances of winning: 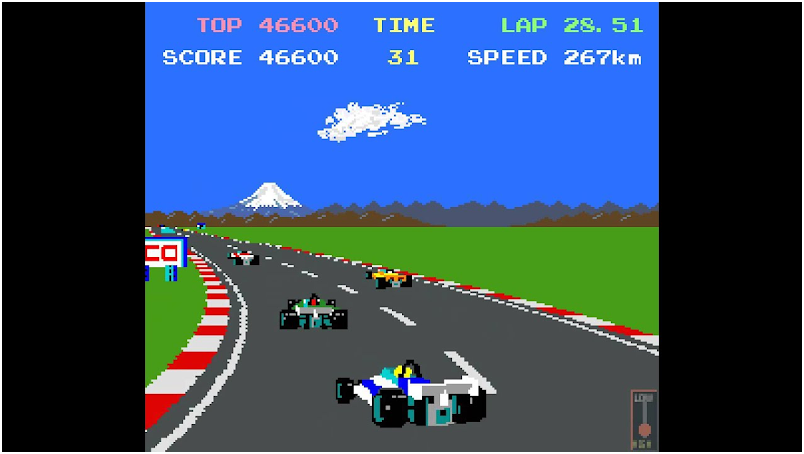