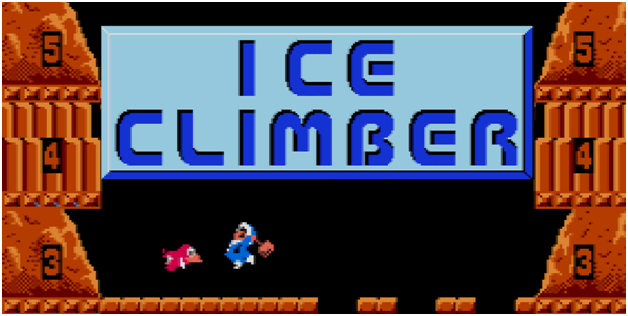 It’s quite surprising that we took so long to talk about this game in our “Getting Good” series, particularly since Ice Climber has been on the minds of the modern gaming community ever since Nintendo released the eponymous duo as a playable character back in Super Smash Bros. Melee on the Gamecube. Regardless, it’s time we talk about a popular game for the Famicom, which was originally released on Nintendo’s VS. System arcade cabinet.

Ice Climber was, like many games of the time, a simple, straightforward title with a basic gameplay loop, where the complexity didn’t come from the execution of its mechanics themselves, but from trying to survive for as long as possible, in order to score points and set high scores. Specifically, players take control of a mountain climber and progress through levels by breaking ledges with their hammer, and then climbing to ever-increasing heights, while also collecting vegetables to score points, and avoiding the errant enemies that swoop in and out of the screen.

In this new entry of our ongoing Getting Good series, we’re going to talk about the basics of Ice Climber, and also give a few tips and tricks to improve your performance and help you to set all those high scores.

Ice Climber has a very simple control scheme: Players use the joystick to move left or right, and they use A to jump and smash bricks on the ledges overhead, and B to smash their hammer on the ground in front of them, which hurts enemies and sends them flying in the opposite direction. You can also press Start to pause the game, while the Select button isn’t used in-game. 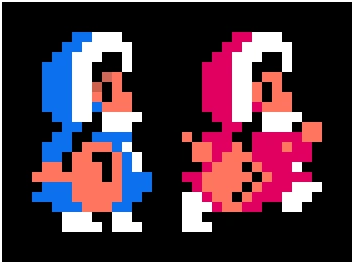 In a nutshell, the gameplay in Ice Climber revolves around jumping up to smash bricks overhead and create an opening, so that the player can progressively climb until the end of the stage. Along the way, they will pick up items to score points, and will also have to avoid enemies, either by getting out of their way or smashing them with the hammer, as well as falling icicles, all of which take a life if they ever make contact with the player.

Aside from the titular ice climbers, Popo and Nana, there are a few enemies that you can run across on your adventures in Ice Climber. Contact with any of these will result in losing a life, so you must do your best to avoid them at all costs. Luckily, as long as you know how each of these baddies act, you can easily steer clear of their paths.

Here’s a rundown of all the enemies that you’ll find in Ice Climber:

Aside from the enemies in Ice Climber, it’s also important to know about the different types of floors and platforms, since you’ll be breaking through them for most of your gameplay. There are four main types of floors in the game: 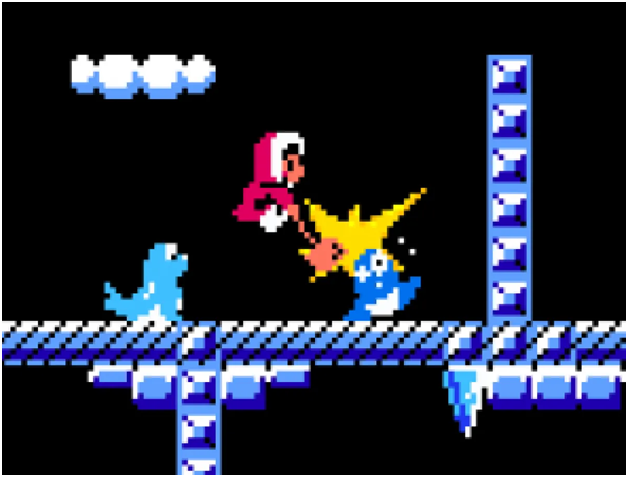 Now that we know the basics, let’s go over the 10 top tips and tricks that you can use for maximizing your score in Ice Climber.