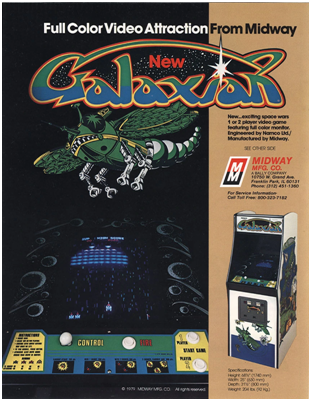 Way back in 1978, there was this little game that took Japan (and later the world) by storm, diverting the masses to the arcades and funneling thousands upon thousands of yen coins into the pockets of the growing industry. this little title went by the name of Space Invaders—you might be familiar with it at this point. Jokes aside, while Space Invaders essentially struck gold with its gameplay formula, there was another, somewhat lesser known game that was also highly praised: Namco’s Galaxian.

Released a year after Space Invaders, in 1979, Galaxian took the formula that the former brought to the table, and basically cranked it to 11 by improving both the gameplay as well as the graphics. This would also serve as a precursor to the iconic Galaga.

The premise of this game is essentially the same as Space Invaders, with the players taking control of their own ship, which is confined to the bottom of the screen, and they must defend against the hordes of encroaching aliens known as the eponymous Galaxians. The aliens, in turn, attack neat formations from the top of the screen, slowly shuffling horizontally back and forth. However, in contrast with Space Invaders, the enemies in Galaxian have the ability to break off their formation at any moment and dive bomb the player, adding an extra layer of complexity and urgency to the game.

Regardless of the increased difficulty, Galaxian is still one of those games that’s easier than it sounds, at least compared to the Galaga titles that came afterward. Nevertheless, in this guide, you’ll find a handful of tips, tricks, and information for starting and getting good at Galaxians.

As we mentioned just now, Galaxians plays very similarly to Space Invaders, and as such, the only controls available to the player are a standard joystick for moving left and right, and a button for firing the weapon. These two controls, alongside another pair of buttons for choosing 1 or 2 players, make up the entire control panel for the game. 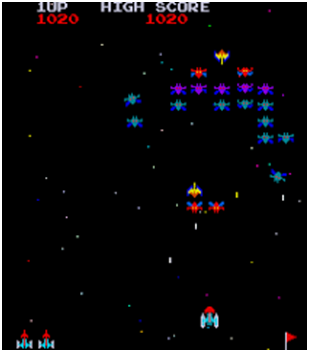 Regarding the cast of characters and enemies, you’ll find the player’s ship, called the Galaxip, as well as the following enemies:

Now that you know what to expect of every formation, here are a few nuggets of wisdom to help you survive and score big. 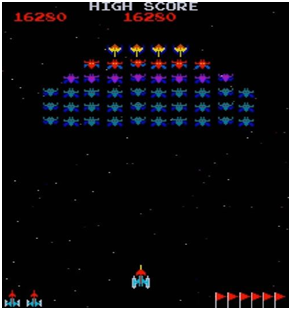 Like with most games at the time, Galaxians is very easy to pick up, but truly difficult to master. However, we think it’s a worthy upgrade to the classic Space Invaders, even though it was never so popular. Regardless, its sequels, the great Galaga series, still lives on today and has become a worthy installment by itself, carrying the legacy of Galaxians to the current generation, and perhaps even beyond.