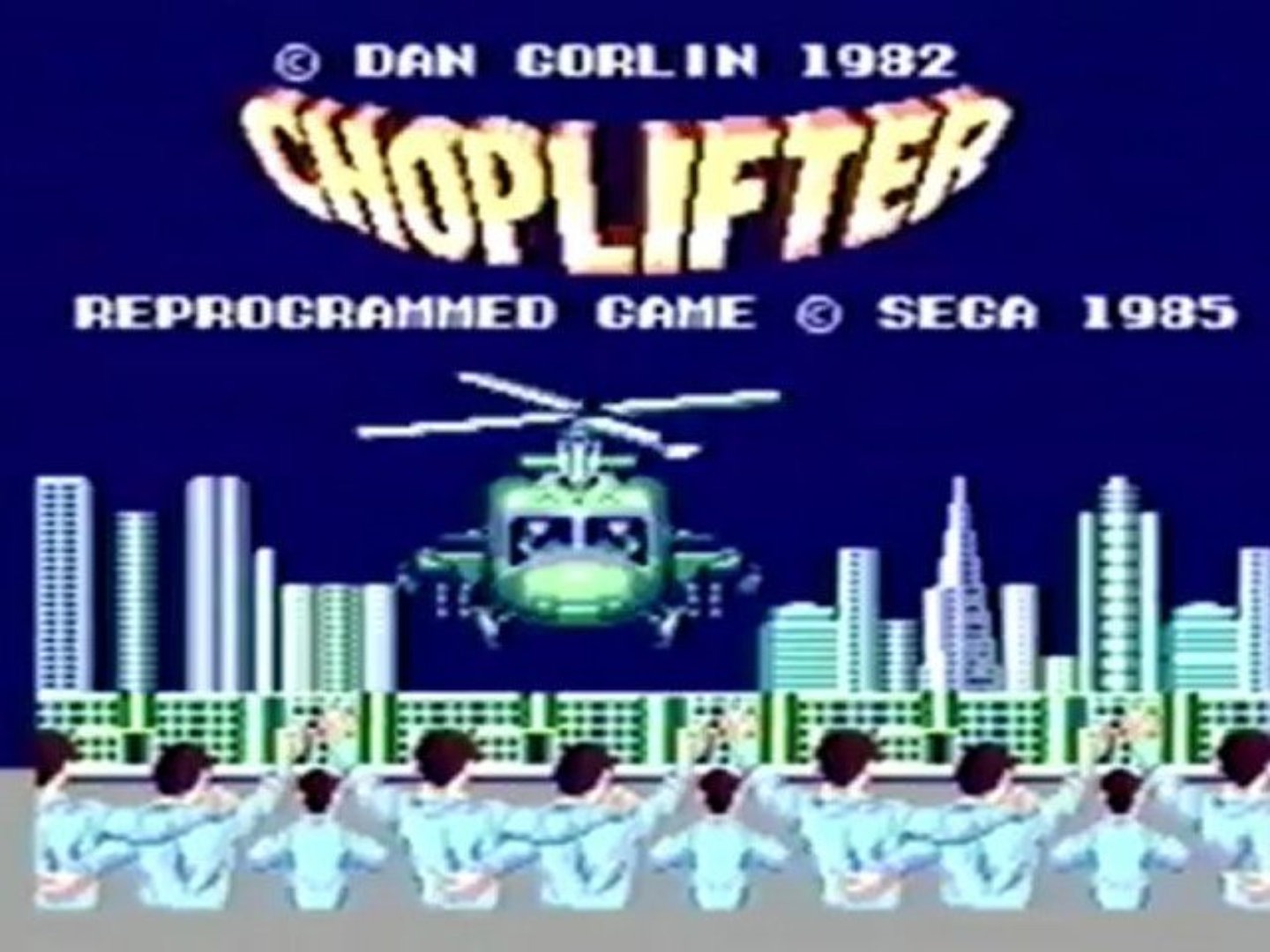 Like all games, the player has several elements with which they can interact in Choplifter:

As soon as you lift off from home base, make your way to the first barrack, which is located to the left. Only engage enemy tanks when they threaten to attack a barrack, or are firing against the hostages.

If you feel that the tanks will be a nuisance, then assume the “tank attack” position, which is when you face the chopper towards the camera, ready to drop bombs at the enemy. Don’t pay too much attention to the hostages if they are nearby. Friendly fire is rare when you are attacking an enemy tank, as the bombs tend to gravitate forwards, away from the friendlies. Mash the button, drop as many bombs as you possibly can; an active tank is an enemy that could potentially shoot a hostage, ending your perfect game.

In order to rescue hostages, you must be able to master the quick landing, and touch down as close to the barracks as you can. Once you set down, the hostages will begin to run towards your chopper, sometimes stopping directly underneath you. Be careful when this happens, as you could accidently crush them with the chopper. Always land in “tank attack” position, as this takes up the least amount of space, lowering your chances of accidentally hurting friendlies. Avoid hovering over the hostages; this will only attract attention of the tanks and put the lives of the hostages at risk. Land as close as you can to the barracks, but while avoiding landing directly on top. If you land on the barracks, the hostages will run out, trying to get on your chopper, only to get crushed due to your poor parking job.

As soon as all 16 hostages are safely in your chopper, make your way back to home base. Try to get all 16 in the first run, as this is the moment when resistance is weaker, and you are at less risk when descending and picking up friendlies. Some players like to blow open the other barracks to save time when picking up the rest of the hostages. However, this is an advanced strategy and requires mastery of the quick landing, as the hostages will run haphazardly around the map instead of staying in their buildings until you pick them up.

Make sure to wait until all 16 hostages descend from your chopper every time you go to drop them off.

One you deliver the first batch, Jets will start appearing in the map, complicating matters for the player. At this time, it’s best to fly as low as possible to avoid stray missiles. The Jets will always attack at the altitude you were when they first entered the screen, which means that you can easily dodge their fire by simply rising or descending as the situation demands. When that Jet passes over you, simply do a 180-degree turn and blow them out of the air.

When mines begin appearing, you need to be extra cautious, as these enemies are the bane of unwary players. As soon as you see one, stop advancing and blow it out of the sky.

After your first hostage run, you may need to blow open barracks for the hostages to run out. The best way to do this is by hovering slight above ground until a tank makes its way towards, baiting them to take a shot, and dodging it so it hits the barrack, and then destroying the tank. In this manner, you will have destroyed an enemy, and left the coast clear for the hostages to board the chopper.

Rinse and repeat this procedure until you have rescued all 64 hostages, and there you have it; a perfect game!