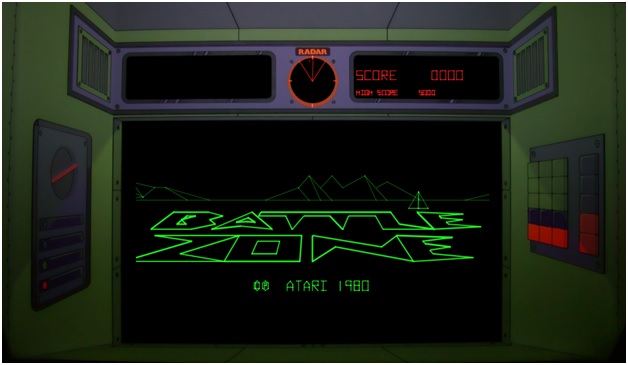 Welcome to another entry in our Getting Good series of articles, which are meant to teach you the basics of a variety of different games from years of arcade past, as well as share several good practices to keep in mind if you want to set the highest scores in your local arcade. While we usually dedicate these articles to the games that were most popular in the ‘80s and ‘90s, we sometimes talk about more obscure gems that not many people might have played. That will not be the case with today’s game, which is one of the biggest and most influential titles to land on the scene at the height of the “Golden Age” of gaming: Atari’s BattleZone

BattleZone is one of our personal favorites at PrimeTime Amusements. In particular, this game was huge for me growing up as it was the oldest title in my favorite FEC at the time. FECs in South America were few and far in between. As a kid growing up in Venezuela, well, you take what you can get; beggars can’t be choosers! Amongst a sea of DDR, Whack-a-Mole, light gun games, and other FOTM titles, there stood Battlezone, always unoccupied, always fun; the ol’ reliable.

As a note, BattleZone no longer belongs to Atari, having been sold to a UK developer known as Rebellion back in 2012. They did release a new version of BattleZone some time afterwards, which can be found on various console platforms; this article is only focused on covering the original 1980 classic.

But enough about the past, let’s blow some tanks up!

Battlezone first launched in 1980, which was around the time that Asteroids, Pac-Man, and other huge titles found their way to the market. Games were still very novel back then so the controls and general gameplay were always on the simpler side, and Battlezone is no exception.

This game only has three controls:

While the controls and gameplay are simple, Battlezone was groundbreaking as it gave gamers the first “open world” first-person shooter experience, years before the likes of Doom took the gaming world by storm. This presentation made it unique, the prospect of allowing the player to “drive a tank” pulling in quarters.

For the gameplay, there are no levels or bosses, nor any type of visible progression other than different enemies that will move faster when you get past some thresholds. The game is set on a flat plain with mountains surrounding the arena. You control a tank from a first-person perspective, which is saying a lot since you can only see your targeting reticle on the screen. 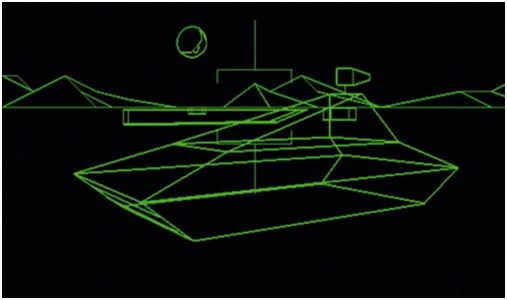 The objective of Battlezone is to survive for as long as you can while dodging enemy fire and making short work of the enemy tanks that assault you every few seconds. Luckily, you begin the game with five lives(assuming that the game is running on default options; operators could increase or lower this amount by flicking a switch inside of the game), which is more than enough for you to get your bearings and learn the basics.

As most games of the era, Battlezone is very simple and features only a handful of different enemy types. Not counting the bonus spaceship that appears from time to time, there are only three types of enemies in this title. These enemies include the following:

Battlezone is a simple game, easy to pick up but, like so many others at the time, very difficult to master. Here are some tips you can keep in mind: 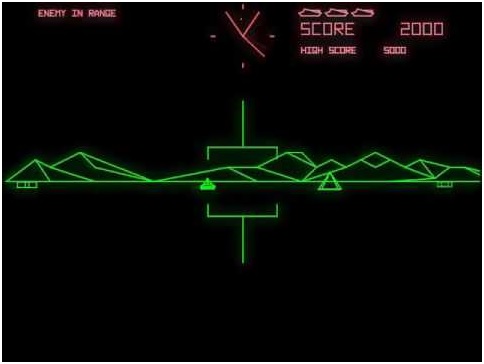 Regardless of the enemy  type, you always die in one hit in Battlezone. It doesn’t matter if you’re hit by a slow tank, a missile, or even a fast tank; you’re still going to lose a life. Luckily, projectiles are fairly slow in this game so you can easily outmaneuver them as long as you keep moving, especially if the enemy shoots you from long range.

For this reason, you always need to keep moving. It doesn’t matter if it’s forward or back; just keep moving. Whenever an enemy spawns, it’s safer to move forwards and then turn, then turning first before moving. This is because, when you’re turning, you’re a sitting duck. Furthermore, some enemies spawn already turned towards you, so they might fire a projectile not long after appearing.

A very important part of the interface is the sonar located on the top of the screen. Every time you hear an alert sound, it means an enemy just spawned into the battlefield. These enemies are shown on the sonar as small, red dots. This will give you a hint to where you’re supposed to move both for keeping safe, and to destroy your opponent.

Use Cover To Your Advantage

The game randomly generates a number of objects, including large cubes and triangles, that will block any shot that hits them. By using a combination of your sonar and these objects, you can use that to gain the advantage on an enemy, or use it to better turn as needed in their direction. Watch out for the half-blocks though – they only stop your tank’s movement and not the projectiles that are flying around the field.

Move Towards the enemy

Speaking of moving, a good strategy that works throughout the entire game is moving towards the enemy. However, we’re not saying you should move in a straight line towards, as this is a surefire way to get shot, but you should definitely move so that you’re parallel to the enemy. This not only gives you a good shot, but it also allows you to close the distance while evading their fire. Furthermore, some enemies will try to counter your strategy by ramming into you, which does no damage and gives you an easy shot.

The exception to this rule is with the Missiles. As these will drop onto the playfield and move at the player quickly, you want to start backing up once they appear. Time your shots just right (since the missiles will often “zig-zag” their way at you) to blast them before they can run into you.

There will come a time in each match where fast and dangerous enemies start spawning back to back alongside bonus spaceships. In these cases, it’s not uncommon for these ships to appear in front of you alongside a small tank to your right or left. Alternatively, you could find a spaceship appearing in your sights alongside a speedy missile making its way towards you. Make no mistake here: spaceships are important for boosting your score, but you can do much more if you survive than what you can achieve by sacrificing a life for an extra 5,000 points.

In this sense, always aim for the hostiles first. If shooting a spaceship means getting shot yourself, then just let it go and focus on the battle.