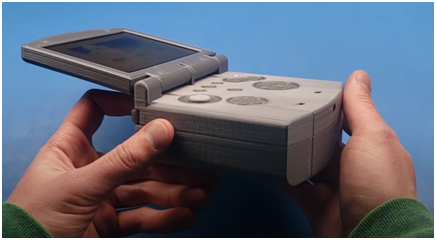 In the midst of the current pandemic, it’s no surprise that people are scrounging for things to keep themselves entertained during their extra downtime. While we’ve already shared a list of some excellent titles that could help to keep you entertained and that are easily accessible, perhaps you have more… particular tastes. When ports of old games in modern consoles aren’t enough to sate your thirst for retro classics, what better alternative is there than going straight to the source and reliving some of your favorite classics?

However, when it comes to gaming on the older consoles like the Nintendo 64, you’d need certain gear and paraphernalia in order to get the best experience. While those of us who had the joy of growing up with Nintendo’s line of consoles probably have them still tucked away somewhere gathering dust, with our games intact in another box, odds are that we don’t have the components for creating the best images. After all, outside of those with a dedicated game room, who has the space for a CRT TV in their home nowadays? You can’t really hook up an N64 to a modern display without the special cables. And even then, the image quality suffers when using a modern flat screen for these purposes.

But why go through all the hassle of using your Nintendo 64 on modern equipment, when you could just cram the console into a small box and use it in a handheld portable version? This is exactly what Gman from Bitbuilt did. By using original Nintendo 64 hardware, including the MOBO as well as the circuitry from a controller, coupled with the miracle of 3D printing, he created a miniature console that plays every single game from the 64’s library, with the best image quality available.

Dubbed the N64 SP, due to its similar design to the Nintendo SP, this console is the product of specialized techniques, lots of rewiring, and a keen eye for 3D modeling to create the case and buttons. It’s all a bunch of technical stuff, which we’re sure the creator himself can do better justice to than we could ever hope to achieve. With that being said, here’s a video showcasing this awesome creation:

As you could see, it’s the recent advances in N64 motherboard trimming as it allowed modders to reduce the size of the original MOBO enough to fit the console into smaller spaces such as this creation. Plus, it uses original cartridges, which further gives authenticity to the portability of its design. Imagine having your very own pocket-sized Nintendo 64 (assuming you wear cargo pants!) that can last for up to 2 hours with every charge, and that can play every single game on the N64 library.

Sadly, the N64 SP isn’t available on Bitbuilt’s website as of yet, though they do sell a nifty DIY kit to miniaturize your original Nintendo Wii, called the G-Boy Rev III. If the N64’s not your jam, then maybe a Wii in the shape of a Gameboy Color is more your style. Take a look at their catalog and let us know what you think!

You can find Gman on Instagram and also on his Youtube channel for more details and examples of his work.