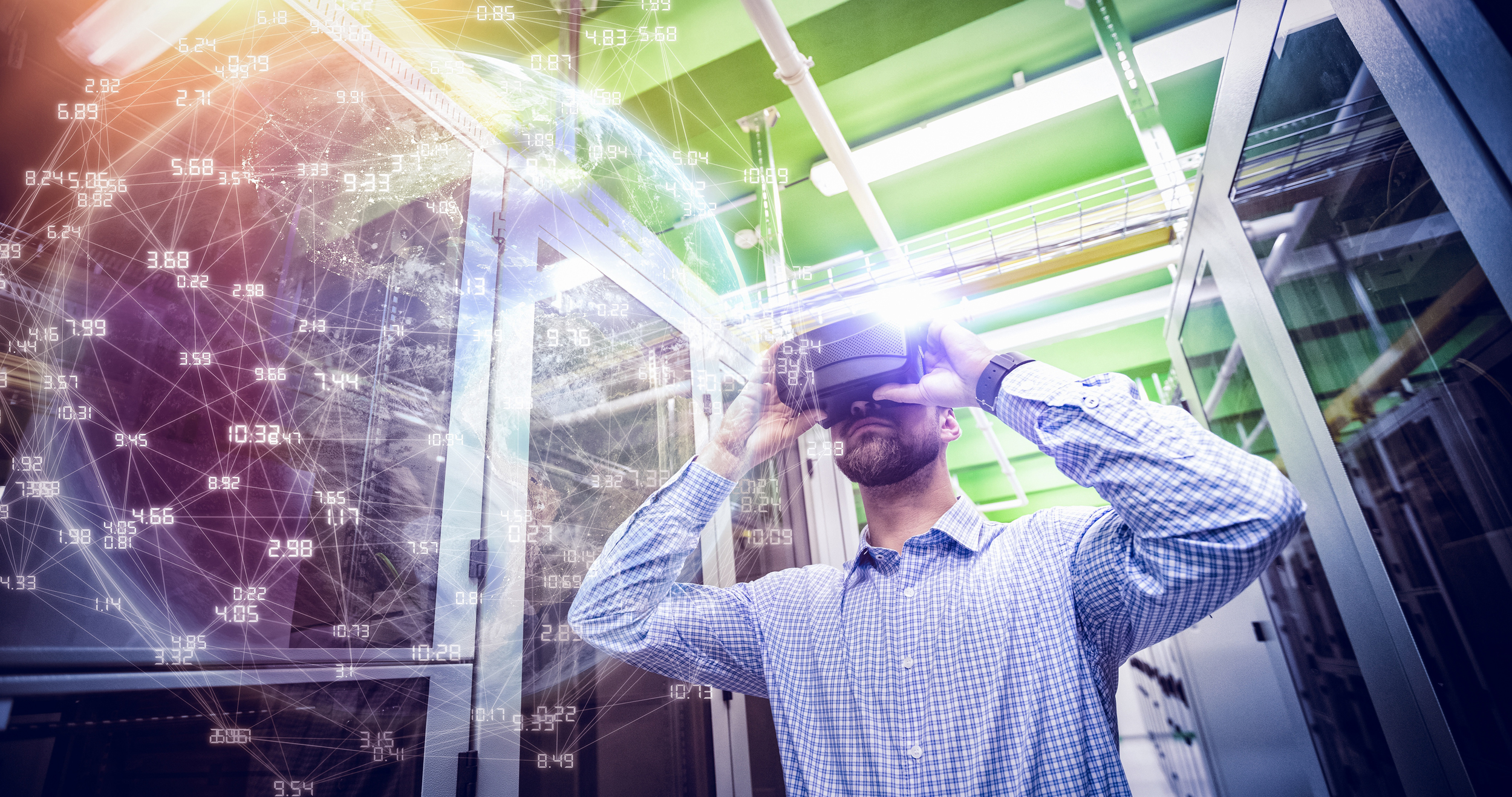 Careers In Gaming: Fact or Fiction?

We’ve all been there. As kids, most gamers often differed in terms of favorite titles, best gaming genres, or the occasional “which video game princess is the hottest” debates. Regardless of the outcome of such antics, most of us have always agreed on one thing in particular: How totally awesome it would be if we could play games all day and, on top of it all, to get paid for doing so. Ah yes, the time-old myth of those people who play video games and receive a paycheck for it was one of the many sought-out careers of any strapping young lad’s childhood, closely followed by an occupation as a police officer, an astronaut, or freakin’ Iron Man. Imagine what our reactions back then would’ve been when we find out that those people actually exist, and that they make a ton of money from playing their favorite games.

E-sports is what they call them nowadays, and the players which don their uniforms and step up to represent their teams are called e-athletes. While games in the past were confined to the consoles they were created for, or to the cabinets they were built into, the advent of the internet has helped gaming to transcend from this physical coil and allowed most users that own a computer to partake of the wonders of video games. Back then, players needed to leave their homes and make for the nearest arcade if they wanted to brush up on their skills and, in most cases, some of us didn’t even have arcades, to begin with, so we were stuck twiddling our thumbs, and fantasizing about the latest Streets of Rage or Mortal Kombat. The arrival of the internet has allowed everyone to subscribe and participate in competitions around the world, from the comfort of their living room. 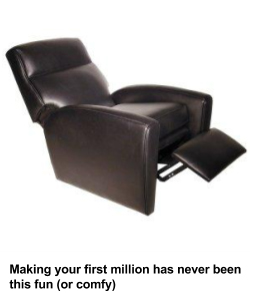 The most popular e-sports today are those competitive games which, after years of patching and in no small part due to dedicated teams of math geniuses, have managed to create the most balanced gameplay for all parties involved. Said games span multiple genres and offer equal opportunities for all the teams involved to win so that there are no elements of luck or chance influencing the outcome of each match. In other words, only the most skilled and coordinated teams manage to emerge victorious, claim the prize, and the riches that come with it. Suffice to say, the most popular e-sports nowadays revolve around Multiplayer Online Battle Arena (MOBA) games, which are spinoffs of the classic Real-Time Strategy (RTS) genre. Typical games in this genre include League of Legends (LoL) and Defense of the Ancients 2 (DotA 2), and consist of two groups of 5 men each teaming up to take down the opposing team’s structures, with the ultimate goal of destroying an important building at the opponent’s base (the Ancient in DotA 2, and the Nexus in LoL).

Other competitive games also revolve around the timeless First-Person Shooter genre (FPS), with games like Counter-Strike: Global Offensive, or Overwatch. The latter is still fairly new so the competitive scene still hasn’t been fully established yet, but it’s well on the way. Pure RTS games are also popular, with the renowned Starcraft and Warcraft series of games.

So, how much do these e-athletes earn?

Well, it all comes down to their level of skill, as well as the stakes of the competition in question. Local tournaments seldom offer much in terms of prize money, but they do help the team to earn recognition and set them on their way to stardom. The real money is in the International Tournaments, where only the strongest teams are invited to participate. To put it things into perspective, the DotA 2 international tournament hosted by Valve in 2016 had a prize pool of a whopping $20,770,460. 16 teams from around the world were invited to the competition, which was held at the Key Arena in the Seattle Center. The tournament spanned 5 days from August 8, to the 13 of the same month. The first place in this tournament got to take home -besides the fame and glory- $9,139,002, while the last 4 places (13th through 16th place) took home a consolation prize of $103,852. That’s how big these tournaments are. 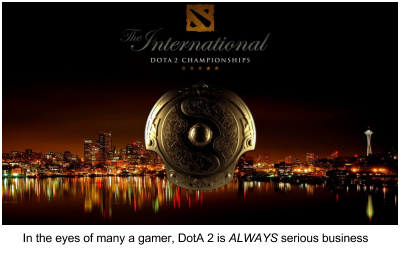 Some of the most successful e-athletes have managed to score several hundred thousand dollar paychecks during their career, the wealthiest of which, according to Business Insider being:

The list goes on. The truth of the matter is: if you fantasized as a kid of being paid for playing video games, well, today, it’s not only possible but even encouraged by certain cultural groups. Really makes you think, huh? By now, our time to shine in one of these tournaments has most likely passed, but we can take comfort in knowing that, with luck, our kids will be able to live the dream, and make their first million by getting really good at the things they love, and outmatching every other team in the world.

But does this apply for Arcade Gaming?

Yes, albeit not in the same scope that e-sports cover console gaming. Making a career out of getting really good at arcade games is not so straightforward as it currently is with modern e-sports. However, with the right amount of skill, know-how, and street smarts, a resourceful gamer can turn their talent into real money, which they can then use to further feed their voracious gaming habit.

Two arcade games have built their success off of providing e-Sports style gaming before the term was a part of the popular vernacular. With Golden Tee (Incredible Technologies) and Big Buck Hunter (Play Mechanix/Raw Thrills), arcades blazed a trail in playing games for cash.

The latest editions of both games, Golden Tee 2017 and Big Buck Wild, allow players to play in online cash prize tournaments at any time for a larger per game fee. Various gamers have been able to make some decent bank by these daily tournaments.

Then, to reward the best players, each company holds World Championships for their games each year. The cash prizes move into the thousands in these events. In the case of the Big Buck Hunter series, they have offered $15k to the grand champion while also holding a side tournament just for the ladies where the grand champion there can win $5k in addition to any cash she can win in the general tournament.

Also increasing the profile of the tournament, for the past two years, the Big Buck World Championships have been broadcast live on Twitch.tv. the 2015 event even featured Sarah Spain from ESPN as the MC. The 2016 event broke a record for tournament viewership, finding over 200,000 interested and entertained viewers.

Outside of organized tournaments, the fellas at Cracked.com pointed out in this article  that arcade gaming is actually a decent source of side income. If you can muster up the skill and nail down the specifics of certain machines, you can make lots of tickets in a short span of time. The tickets can then be traded off for expensive prices such as PSPs, iPods, and iPads, among others, which in turn can be sold on eBay for a steady source of extra income. Not all gaming centers offer said prizes, though (the ones in the article refer specifically to the Dave & Buster’s chain of restaurants/gaming centers).

Granted, not all games and amusements offer the opportunity to score the tickets you’ll need for these prizes, but the ones that do are actually quite open about it since the manufacturers often host handy manuals which anyone can download from their website. On said manuals, any interested parties can learn all about the specifics of certain games, and whether they’re actually winnable past a certain point, of if they’re programmed to make the player lose after a set number of rounds, thus limiting the tickets they can win on a single coin.

As we said, it’s not as straightforward as the “get good, get money” approach that is common in most e-sports, but it’s definitely possible to turn a profit by playing arcade games.

Here at PrimeTime Amusements, we pride ourselves in offering the very best arcade game sales and rental solutions on the market. If you wish to inquire about a certain machine, feel free to give us a call at 1.800.550.0090, or to visit us at 5300 Powerline Rd. Suite 210, Ft. Lauderdale, Florida, 33309.