Capcom has been a target of much intrigue in the past few weeks after an information leak shed light on some of the company’s current and future projects, including details on the next Monster Hunter title, their largest and most popular franchise to date. However, no leak was as significant for the arcade gaming industry as the potential home console they were reportedly working on. Luckily, a few days after the leak, Capcom officially revealed the project as the “Retro Station”, along with a corresponding website and lots of info on iits upcoming release.

The Retro Station is Capcom’s newest home arcade console, meant to allow players to enjoy some of the best titles of the Mega Man and Street Fighter series, right from the comfort of their homes. The device itself features everything you need for playing it virtually anywhere as it’s very small, and the only thing it needs is a power outlet. Plus, the console has its own 8” LCD screen along with full-sized controls, including a stick and six buttons.

However, while you can definitely play and enjoy it using the console itself, this device also has plenty of connectivity features to enhance your experience, including an HDMI out port so you can plug it to any modern display and play the games on a much larger screen. The console also features a 2P port on the right side to connect a second fight stick, allowing users to play any of its games in couch co-op or versus mode. 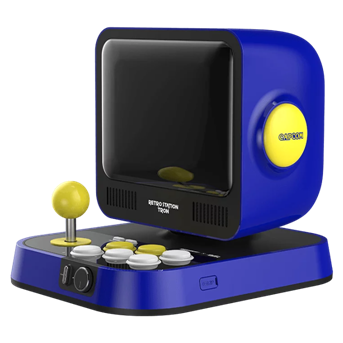 The individual controllers themselves are like a smaller version of a typical fightstick, featuring the same sticks and buttons as the panel featured on the main console. The fightsticks, however, are sold separately. Curiously enough, they also sell a USB dongle, which likely means that, instead of plugging the controller to the 2P port, you can hook the dongle up and connect the second fightstick wirelessly for a much better experience.

The games featured on the Retro Station, as we mentioned just now, will all be focused on the Mega Man and Street Fighter franchises, and will include titles such as:

It’s worth mentioning that all titles will have an English setting, with the exception of Rockman & Forte, which will be the official Japanese release of the game for the Super Famicom. 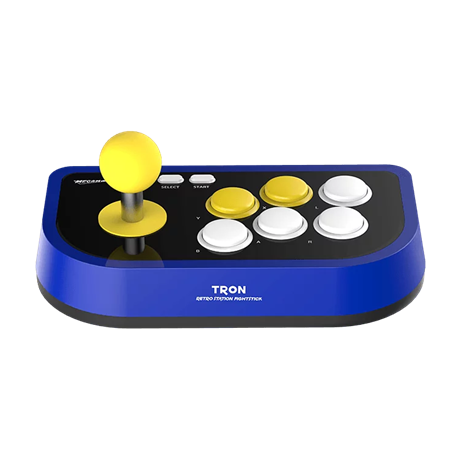 The Retro Station will be launched in March, 2021, and is already available for pre-order from the product’s official website for 21,780 Yen, which is about $200 USD.