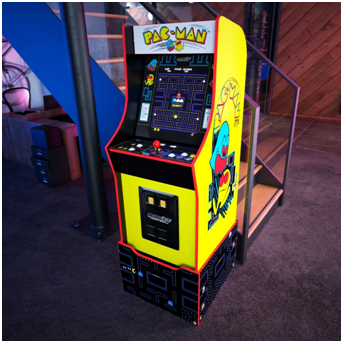 For the past few years, Arcade1Up has been committed to bringing authentic retro arcade games to the users, at affordable prices, and with slightly more compact sizes so they can fit more comfortably in spaces where there isn’t quite a lot of room. Maybe you’re looking for a cabinet to put the finishing touch on your game room, or maybe you just want to relive the glory days of spending time (and quarters) in your local arcade after school. In both cases, Arcade1Up has you covered.

All Arcade1Up machines are built at a ¾ scale of their original counterparts, reproducing as best they can the graphics, performance, controls and cabinet shape, but at a more affordable price tag. Naturally, these home focused versions require no quarters, but they will set you back a few to several hundred dollars depending upon which model you go with.

While the number of games in their catalog is somewhat varied at this point, Arcade1Up surprised us with an announcement earlier last week that they would be adding 3 new games to their lineup: The Street Fighter ll Big Blue Arcade Machine, the Ms. Pac-Man/Galaga Class of 81′ Arcade Machine, and the Turtles In Time Home Arcade Machine. 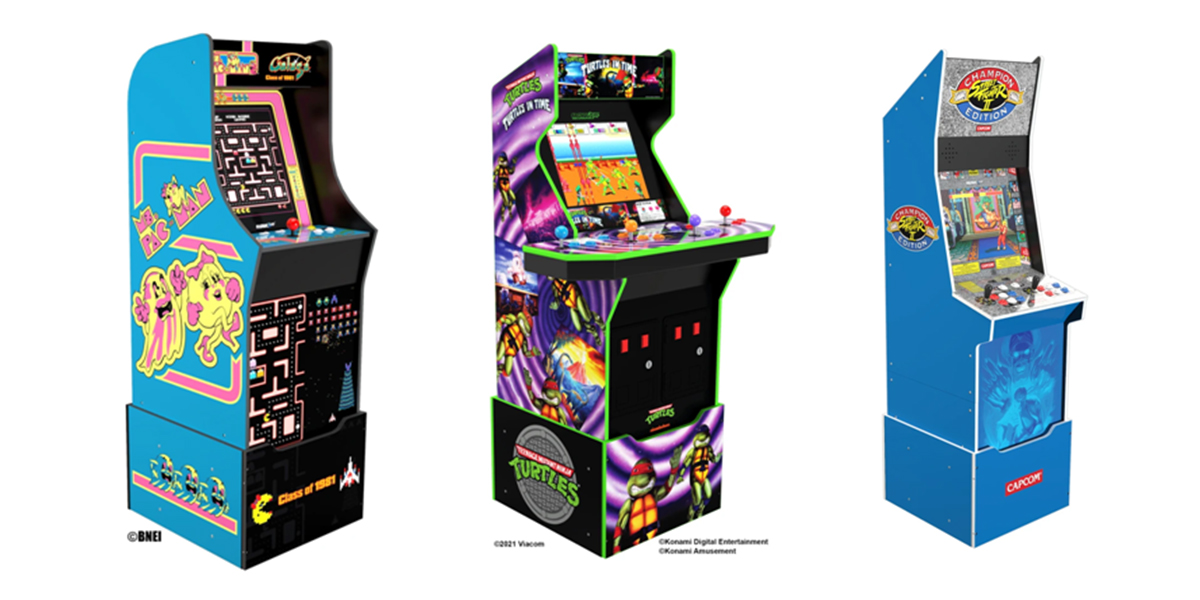 Now the games themselves don’t really need an introduction—they’re simply some of the most influential and iconic titles in their respective genres: Street Fighter II (and all its spinoffs), are considered to be the most important titles in the series, before they were modernized into SFIV and SFV. Further, while Pac-Man definitely caught the world by storm, some believe that Ms. Pac-Man actually refined the gameplay even further, and is much better gameplay-wise than its predecessor. Meanwhile, Galaga was also one of the most exciting space shooter titles to come out since the original Space Invaders, and brought many new elements to the mix. And finally, Turtles in Time is one of the best beat-em-up games to ever exist, full stop.

Like their original counterparts, these miniature cabinets feature the same control layouts, being able to accommodate the same number of players as their retro versions: While the Ms. Pac-Man/Galaga cabinets are designed to fit one player only, since they’re single player games, the Street Fighter II cabinet has two sets of controllers so players can engage in exciting 1v1 battles. Meanwhile, the Turtles in Time cabinet has four sets of controllers so that up to four players can each control one of the popular ninja turtles and take the fight back to the evil Shredder!

Though they were just announced, there’s still no ETA on when these three name cabinets will start shipping. However, the Street Fighter II and Turtles in Time games will open their pre-orders on July 1st, while the Ms. Pac-Man/Galaga game will be available for pre-order in August. If you’re interested in nabbing one of these for yourself, check out Arcade1Up’s website to sign up for notifications when the pre-orders open. But you’ll have to be quick, as these often fly off the metaphorical shelves shortly after being available!