If the recent lockdowns due to the pandemic has taught us something, it’s that staying at home can sometimes be REALLY boring. Especially for those of us who were used to being outside most of the time, either due to work, or simply because we just prefer hanging out at the park or walking around at our leisure, this pandemic threw a metaphorical wrench into the gears of our hobbies, and forced us to find new ways to entertain ourselves, or watch how our souls slowly faded away from boredom.

Similarly, for the arcade-goers among us, the lockdowns are still causing us heartache since, in some places, businesses are still in lockdown, and this includes some FECs, bars, and other places with arcade cabinets or pinball machines. Suffice to say, if meeting up with friends and swinging by the local watering hole or arcade after work or school was your idea of a great friday night, then you’ve probably spent the past months in crushing boredom at home, at least comparatively speaking.

Most of the tedium of not being able to enjoy arcade games could, in theory, be resolved by getting a few arcade cabinets for the old game room. However, even if you had the means or the space, the shipping industry was also affected, so you’d have to be really lucky to score games in the past year.

Fortunately, while we’re (hopefully) at the tail end of these lockdowns, we’ve found a nice way to pass the time at home, playing our favorite arcade titles; one that doesn’t require dropping thousands on a single cabinet, or having to break down a wall in your home to make room. We’re talking about the Arcade Archives that are available on consoles and PC.

What is Arcade Archives?

As its name suggests, Arcade Archives is a collection of some of the most popular arcade games in history, which have been ported from their original platforms, and into more modern mediums, initially starting in the PlayStation 3 and Xbox One, and more recently being made available for the PlayStation 4, Nintendo Switch and on PC via Steam.

Arcade Archives includes, as of October 2021, 236 titles, the vast majority of which are available on the PS4 and Switch consoles, though the older releases, such as part of the 2017 and older titles, are also on the aforementioned Xbox One and PS3. Furthermore, some collections, like the Neo Geo releases, are mostly available on the Xbox consoles. 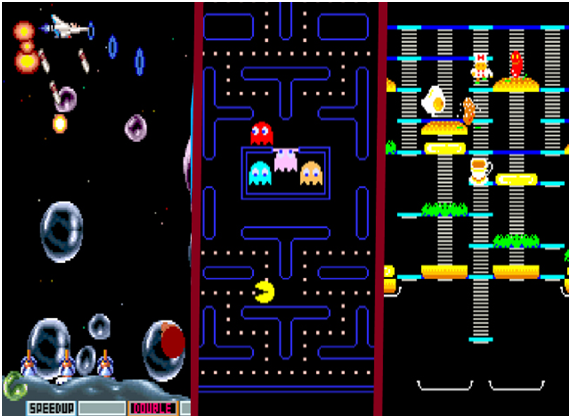 The games included in this collection are quite varied, offering titles from various genres, including iconic and popular ones like Crazy Climber, Gradius, Double Dragon, Bubble Bobble, Metal Slug, Pac-Man, Super Punch-Out, and Burger Time, just to name a few. These games also include some notable Neo Geo titles like World Heroes, and NAM-1975.

Though these are a far cry from playing the games in their original cabinets, and surrounded by the bleeps and boops of other machines, they’re a nice and affordable way of enjoying some of the best arcade titles, from the comfort of your couch. Or if you’re playing on the Switch, you can essentially take them anywhere with you.

Each Arcade Archive title costs $7.99, and you can find them all in their respective stores; eShop for the Switch, the PSN Store for the PS4 and PS3, and the Microsoft Store for Xbox One.

A Month After Iconic Sega Ikebukuro Arcade Closes, Another One is Announced to Open