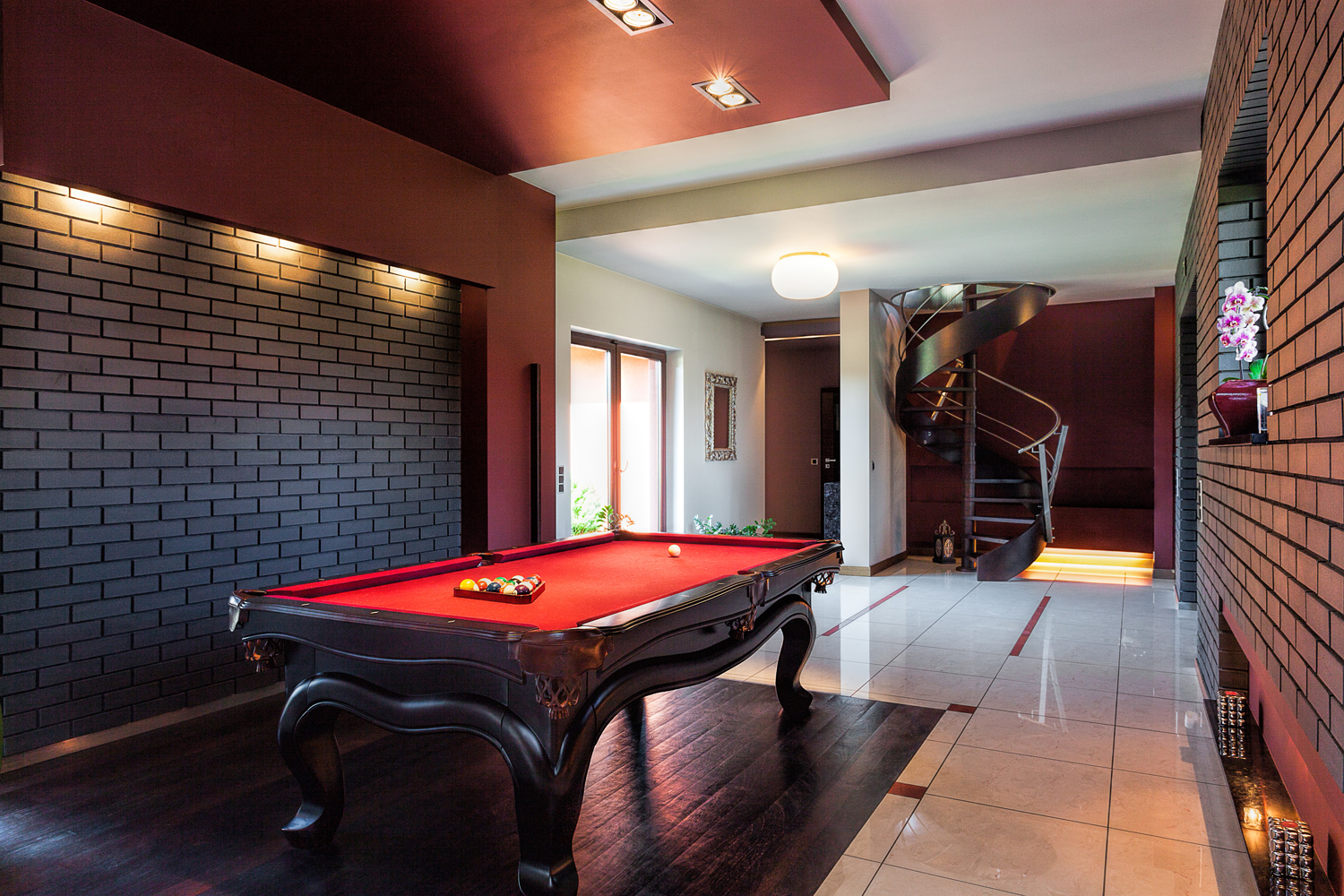 Alternative Amusements for your Game Room

We’ve already mentioned in several occasions how having a personal game room at home is the dream of many gamers out there. The idea of being able to enjoy the most popular games, in their own legacy cabinets, and from the comfort of their own homes is a very appealing idea to many users, both veteran and newbies alike. However, in order to reap the most benefits from your game room, several things must be considered before making the investment such as the room’s theme, its decor, safety measures and, most importantly, the amusements you will want to include in your repertoire.

Multicade machines are the most obvious choices if you want to enjoy your game room to its fullest. These machines come with several games installed, including the most popular titles from our childhood. For instance, the Arcade Legend series of arcade machines all come with over 100 games which can all be played and switched at the whim of the user. These multicade machines come with timeless classics such as Arkanoid, Armored Car, Asteroids, Gravitar, Joust, Kung Fu Master, and Lunar Lander, to name a few. Furthermore, the Arcade Legends 3 cabinet comes with the original Golden Tee Golf and its direct sequel, all of which offer the most popular courses from 2000-2005. Those who want to get initiated in the vast world of Golden Tee will definitely want to invest in this machine, should they be unwilling to commit to a standalone Golden Tee machine.

In terms of variety and entertainment, video arcade machines will almost always be the way to go. But what if you already own one of the Arcade Legends machines, and still have some space to spare in your game room? Investing in another arcade cabinet would be somewhat irrelevant — unless you’re a collector —, since you already have over 100 games in the one you already own. Which then, should the best course of action be if you still want to add more variety to your game room?

The next best thing when it comes to replayability and gaming variety will always be the mechanical amusements, as these games seldom depend on software in order to provide their gameplay. Instead, these machines will offer near-endless levels of replayability since the fun is in doing your best and accumulating points. As such, no two matches will ever play the same and they will always revolve around the player’s skill and performance. The fun in this games will often derive from doing good, and improving your skills in the process, and will often provide plenty of entertainment for those times in which you simply don’t want to operate a video arcade machine.

Among some of the most popular mechanical amusements, we can find the following:

Invented sometime in the eighteenth century and popularized in the 1930’s, pinball machines have been the timeless staple of many arcade centers since their inception. Barring an incident in New York that had the machines banned in the state for almost 40 years, pinball quickly became a hit in most places which had them. In the late 40’s, flippers were introduced, and the machine instantly transitioned from a game of chance that fostered gambling and vices, into a game of skill where the player was tested to his or her limits in order to attain the highest scores. While digital displays were not added until the 70’s, many players dedicated their time to improving at the games, and keeping the balls in play for the longest time possible. 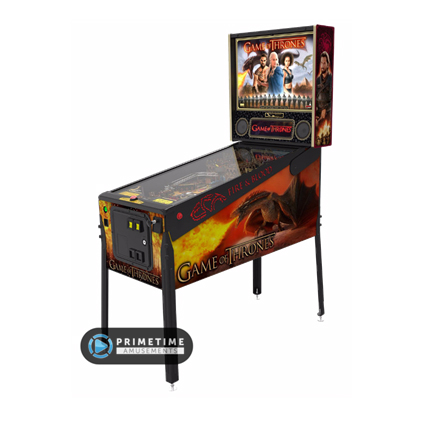 It goes without saying that, today, pinball is more popular than ever. If someone has a gaming room, there is a very good chance that they’ll have at least one pinball machine. The replayability offered by these amusements are infinite, since no two games play alike. Furthermore, as the player improves, he or she will be able to get the highest possible scores and beat everyone else, adding a layer of competition and challenge into every round.

As a sport and discipline, I believe basketball requires no introduction. Basketball machines, however, are amusements which can spice up your game room with a new and different way to game other than standing in front of a cabinet for several hours, pushing buttons and operating joysticks. Basketball machines often fall into the ‘ticket redemption’ category, as these amusements often reward the players with tickets or credits according to their performance. In your very own game room, basketball machines will easily provide an additional type of gameplay to appeal to a wider audience, or simply so you can test your aim and skill at shooting hoops. The classic machines will include a few balls, as well as a single hoop in which the player can test their mettle. However, the more advanced models may include digital displays, more balls, several hoops, and a very large space in which you and your friends can take free throws to your heart’s content. 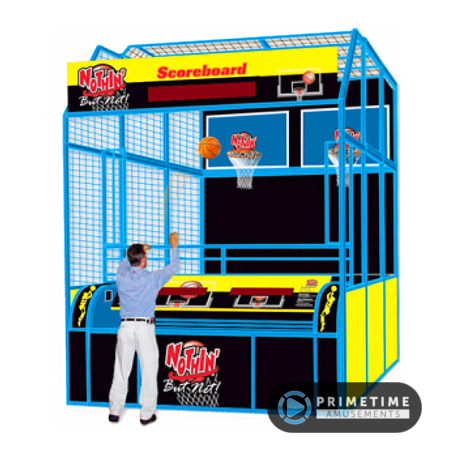 At the very least, it beats driving to the local court and shooting some free throws under the scorching sun. Just keep in mind that most arcade basketball machines are not designed for home but for businesses. Most do have a free play option but make sure you check the measurements of doorways and the ceiling going into your home before ordering!

Just like pinball machines, skee-ball has a very long history in the world of amusements, far before arcade establishments were a thing. Skee-ball was one of the very first ticket redemption games, and was invented in 1908. After a very eventful history where the production of these games passed through several owners and names, the game was popularized as an attraction in most carnivals ever since its inception. Even though they were a bit niche at first, we can’t imagine an arcade establishment without at least one alley of this amazing game.

Similar to any basketball machine, skee-ball tests the player’s aim and skill at rolling the balls into the scoring zones. Players are rewarded an increasing amount of points which depends on the specific hole they manage to sink the spheres in, with the easiest ones granting around 10 points, and the farthest and more difficult holes giving up to 100 points per ball.

Skee-ball rounds are fairly short, as the players are limited to a specific number of balls per match, though this can usually be adjusted to fixed amounts by the user. Regardless, the short rounds, coupled with fast gameplay make this a great machine for parties or for having some fun with a bunch of friends. 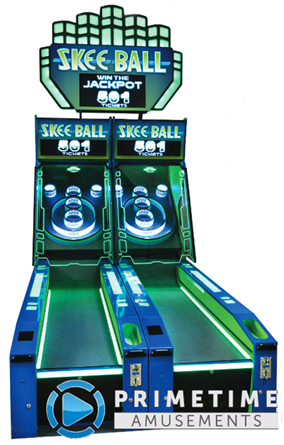 Bowling is a game we seldom imagine installing into a game room, simply because of the large amounts of space you’ll usually need in order to install a proper lane in your house. However, with the arrival of Mini Bowling lanes, you can now install small bowling machines which adapt to your room’s dimensions. Granted, you will still need more space than you would need with other machines in order to install anything other than a miniature lane, but think about the great fun you could have by centering your game room around the bowling lane, instead of adding the theme, machines, and then trying to fit a bowling game in there for good measure. 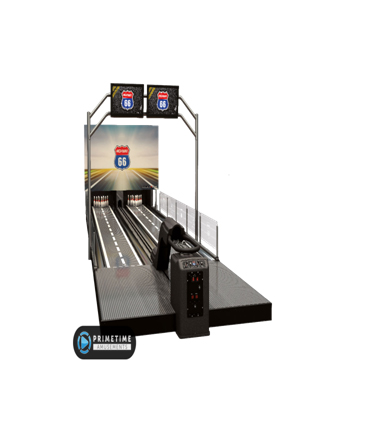 Regardless, if you’re a fan of bowling, then you might want to consider installing one of these lanes in your game room. Today, more than ever, it is possible to adapt these amusements to fit most game rooms.

Here at PrimeTime Amusements, we like to keep ahead of the curve in arcade game rental and sales, and pride ourselves in providing the best service in the country. If you’re looking for a game in particular, or have a few questions about the industry, feel free to give us a call at 1.800.550.0090, or to swing by at 5300 Powerline Rd. Suite 210, Ft. Lauderdale, Florida, 33309.