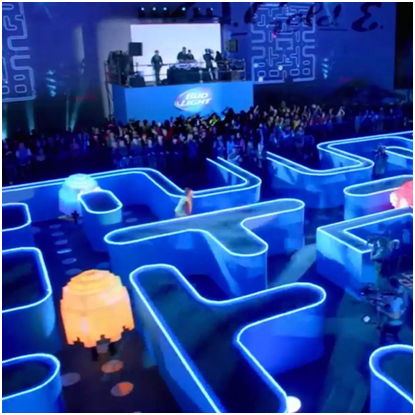 Pac-Man is a timeless masterpiece that, since its inception in 1980, has been wowing gamers left and right, not to mention draining them of their quarters back when it was only available in the Arcades. Nowadays, at almost 40 years since the game first made its debut across the globe, this franchise is still giving us stuff to talk about. Whether it’s a new iteration, a new cameo from our disc-shaped hero, or simply an event inspired by the original game, Pac-Man is one of the biggest icons in gaming history. 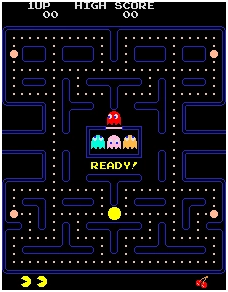 Speaking of which, the folks behind successful initiatives such as the Brick Bar, Bumper Cars on Ice, and the Mamma Mia sing along are taking Pac-Man to the next level. The group is creating a real-life version of the classic maze game, ghosts and all. The project is scheduled to take place in August, at an as-of-yet undisclosed location near Sydney, Australia.

The maze will be created using AR (Augmented Reality) technology, will consist of over 1.5 kilometers of hallways, and will be completely lit with LED lights. The idea, according to the organizers, is to create the ultimate escape room experience by having groups of up to 10 friends brave the perils of the maze. Plus, when all is said and done, those who emerge from the maze, victorious or not, will have the opportunity to hang out in a Pac-Man-themed bar with refreshments and retro music playing nonstop.

The Pac Maze, as the creators have officially dubbed the event, is chock-full of and excitement. Players will have to run through the mile-long stretch of halls in search of the fruits scattered within. However, they will have to avoid the ghosts that are running around as being tagged will take away one life from your team. Get tagged three times and you’re out.

We still don’t know if there are going to be prizes handed out to the ones who manage to clear the maze, but we’re sure that, at the very least, the participants will have tons of fun. I mean, who wouldn’t love running around in a pixelated maze while being chased by some of the most iconic video game ghosts in the world?

The Pac Maze will be held in Sydney in August. Specifically, the event will take place on the weekend of the 16th, so that families can take their youngest for a fun-filled with alongside gaming’s most famous pellet gobbler.

However, we know kids can sometimes be a handful and that most crowds would rather spend time in an adults-only environment. Luckily, from 6pm to 11pm, the event will close their doors to the youngest users and will be only admitting adults. But don’t worry, just because kids can enter after-hours, it doesn’t mean that you can’t let your inner child run free!

If you’re a fan of retro gaming, and are living in Sydney or visiting on vacation, then this is one event you won’t want to miss. You can book your tickets in EventBrite’s website.

Tetris 99 Coming to the Mobile Platform

King of the Road: 8-Player Frenzy on the Road!