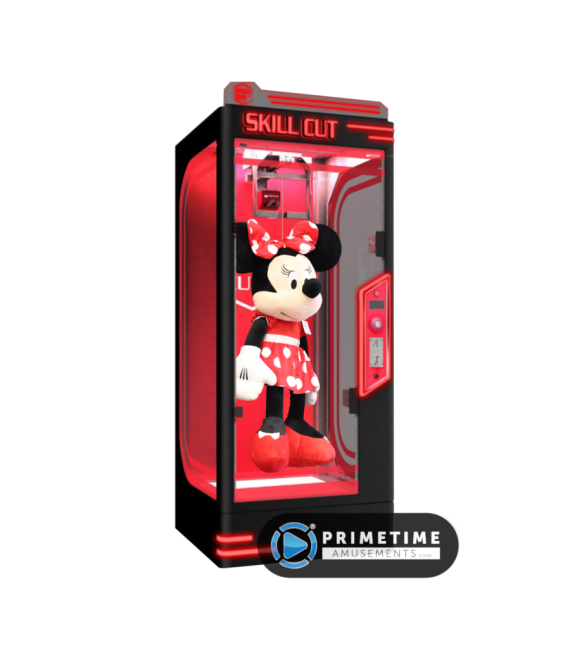 If you’ve got the skill, you can win the prize in Skill Cut by St. Louis Game Company/S&B Toy.

Skill Cut is similar to SLGC’s other cutter game, Cut Ur Prize, but instead of featuring multiple prizes, it showcases one giant prize. Players attempt to cut the string holding the prize in place by lining up the scissors and pressing then holding the button. As long as it is held, the scissor mechanism moves forward; Once released, the scissors close, hopefully cutting the string. If cut, the door unlocks, allowing the player to grab the prize from the machine; If not, players have to feed the game another credit and try again!

– Holds one giant prize, be it giant plush or larger electronics

– Easy-to-follow instructions printed on the front of the game

– Reliable scissor mech, easy to replace the blades and strings

– White LED lights to highlight the prize inside