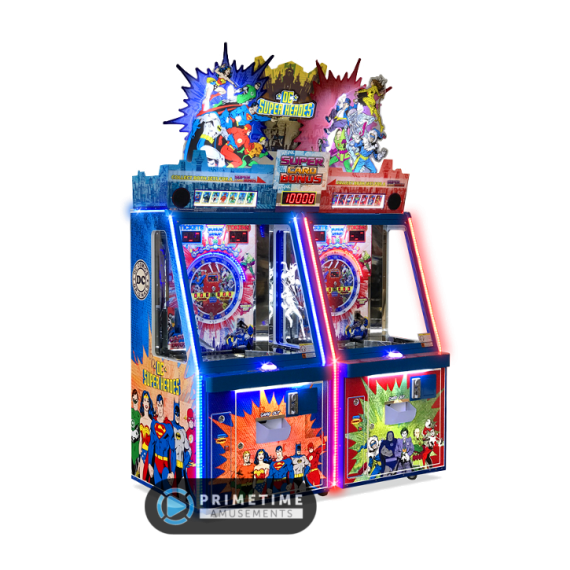 Bring some of the most iconic superheroes ever created into your venue with Andamiro & Bandai Namco’s DC Superheroes token + card pusher game. Now in a more compact and affordable 2-player model!

Tapping into the popular new genre of card pushers combined with token pushers, this is an awesome theme that handles 1-2 players at a time. While the theme of the 4-player model featured a superhero and their primary archnemesis on each pod, the 2-player model has the heroes on one side with the villains on the other. The game plays exactly the same, offering a closed loop coin pusher with ticket payout and collectible trading cards that feature DC Comics Super Heroes and Villains characters. Those popular characters include: – Superman/Lex Luthor , Batman/Joker, Wonder Woman/The Cheetah and The Flash/Captain Cold.

To play is a simple but fun task. After crediting up the game, press the “Shoot” button to rotate the large wheel on the back wall of the cabinet and drop a token through a maze of pegs. If the player times it just right, they can get the token through the “Bonus Drop” area of the maze which will stop the bonus spinner above. This will drop bonus tokens or cards onto the playfield in order for players to collect cards and win tickets!

You can win one of the sixteen available cards by knocking them off of the moving tray. With 7 cards for the Heroes and 7 for the Villains (plus two bonus “group cards”), there is plenty of reason to come back to the game again and again. Collect all of the cards in a group for the Super Card Bonus! NOTE: The cards shown below use the Series 1 design, which has been discontinued as of July 2018. It has been replaced with Series 2, which features the “New 52” style artwork. All 2-player units will ship with Series 2 cards. 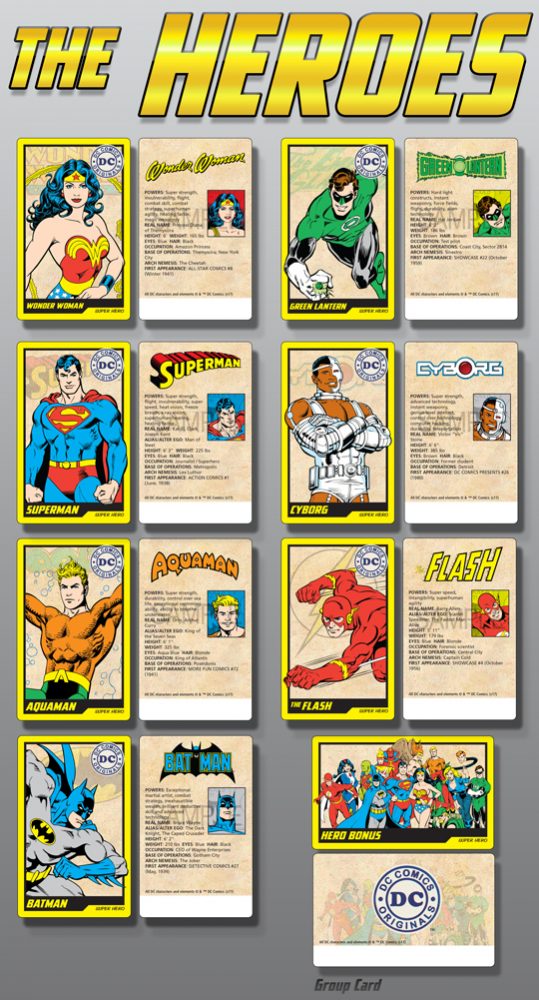 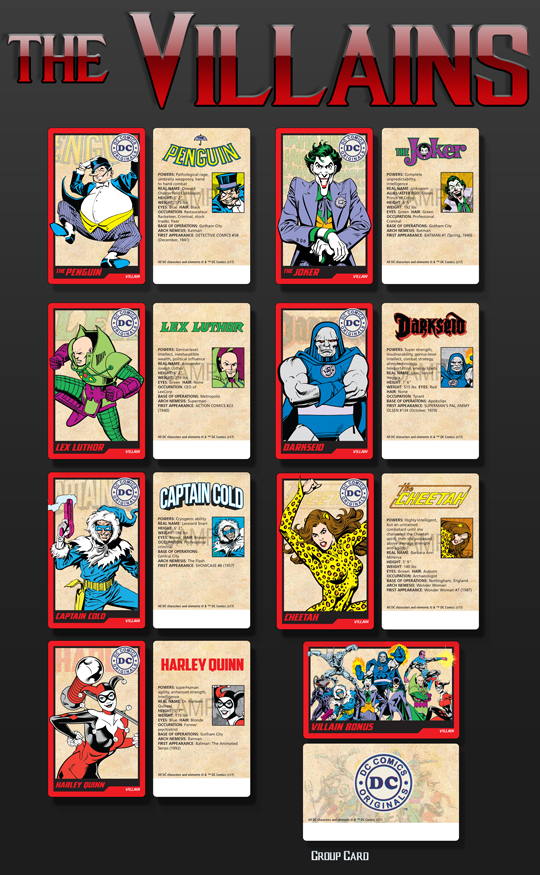 3/2021 News Alert – Bandai Namco has issued their Series 3 cards to replace Series 2! This new batch of cards features the colorful and charismatic artwork of the “rebirth” series of DC Comics characters. Each card maintains the same heroes and villains as earlier series, meaning they are completely interchangeable so collectors can collect the new cards and turn in the old ones for tickets. Order yours today and reinvigorate your DC Superheroes pusher! 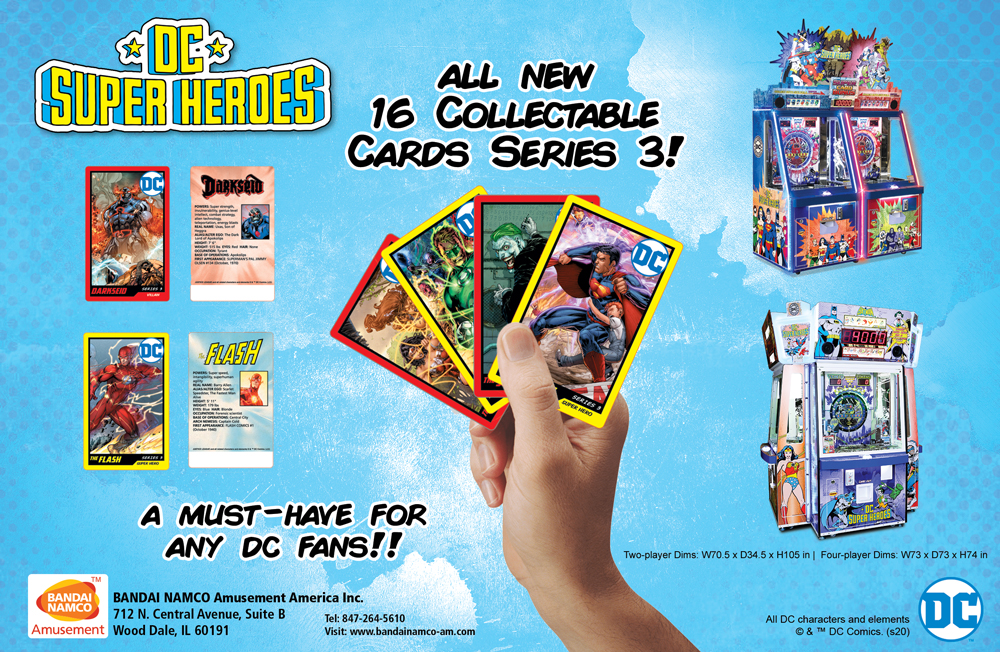 – Easy to play with a single button control

– Motorized pusher tray with coins on the bottom, cards on the top

– Ticket dispenser included in each pod to reward tickets

– One ticket dispenser is available per pod

– Ships with 2 coin mechanisms, 1 for each pod.

– Collectible cards ship with the game; please call for quantity and pricing for additional sets