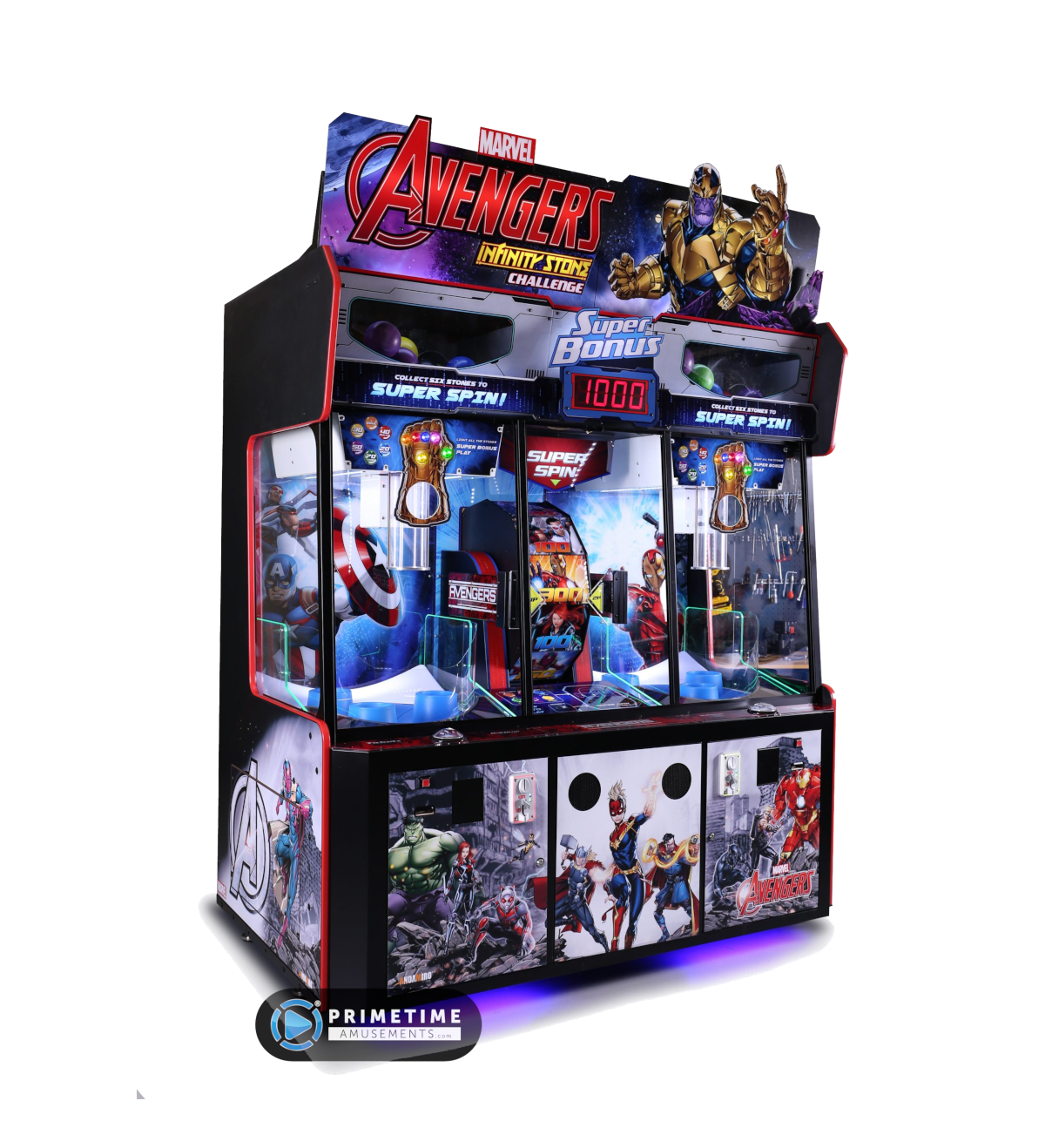 This marks the 2nd branded Avengers game from Andamiro, taking a slightly darker tone than the original and putting a focus on the popular Infinity Stones storyline that was a part of Endgame. After crediting the game, players time their button press to release a “stone” (a ball) at the spinning triple-target below. Landing in a target will reward tickets and award a stone to the giant Infinity Gauntlet inside of the game. Once all six stones are lit up, players get to play the bonus wheel that’s sandwiched between the two player stations.  It’s a self-contained quick-play game that is sure to draw attention.

Check out this game in action from this manufacturer produced video

– 2 player stations as one

– Simple, single-button gameplay – drop the “stone” into the moving targets then play the Super Wheel