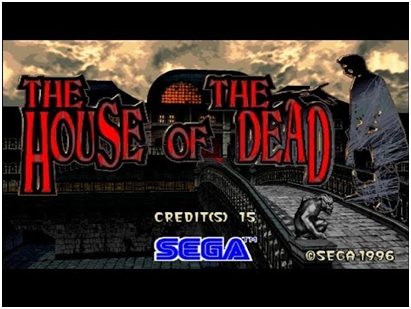 For many years, we’ve been living in the age of remasters, reboots, and rehashes. All it takes is a single glance at the recent game releases to find many titles like Call of Duty, FIFA, Madden, and other franchises going strong with new entries every year. This trend has also been strong in the film industry, with all the reboots going on. Poor Spider-Man alone has gone through more reboots than there are aliens in any Contra game, and the trend shows no signs of stopping.

Don’t get us wrong; we’re suckers for a good reboot, especially if it depicts our beloved and favorite characters in a different, better light. House of the Dead, for many people, is one of the best light gun shooters of all time, at least where are arcade games are concerned. For some kids growing up in their local arcades, these games have been the bane of their allowances, draining their quarters as they struggle against the hordes of the undead, and with good reason; House of the Dead is amazing at what it does and is definitely a product of its time.

This is why we were so excited to learn that, a few months back, Forever Entertainment had signed a licensing deal with Sega, the current owners of the House of the Dead franchise, to remake the first two entries in the popular series. Where users who wanted to enjoy some of the glorious shooting action against the undead in the past had to conform to emulating it, it seems that this is going to change soon.

Now a bit of background on Forever Entertainment and why this is such a big deal. This studio is responsible for publishing over 80 games, most of which have received lots of feedback. While they can’t all be blockbusters, the vast majority of their games have, at the very least, given the masses something to talk about. With games like the surreal horror title Agony, the fun and deceptively simple Cooking Simulator, and even some interesting sims like Fishing Universe Simulator, this studio is not one to be scoffed at.

In fact, Forever Entertainment is in charge of the upcoming Panzer Dragon remake for the Nintendo Switch, which was announced in this year’s E3. With such a diverse catalog under their belt, we can’t help but get excited to see what this studio has in mind for remaking The House of the Dead.

The announcement of this new endeavor was done through Twitter a few months ago in early October. At the time, the company announced the aforementioned licensing agreement but didn’t mention any ETA on the release dates, nor the platform in which the remakes are premiering.

We don’t even know if the developers will stick to the traditional light gun format. However, considering that it’s been a staple of HotD for the longest time, we don’t see how they could move forward without it. Nevertheless, considering that these types of control are most common in the arcades, and are barely present in modern platforms, it could be indicative of where the title is going to land initially. But don’t take our word for it! At this point, we know as much as you.

While the announcement is not exactly new, there still hasn’t been any updated on the project’s status. Furthermore, considering how the development cycles of these remakes usually go, it’s likely that it’ll be a few months until we hear about this endeavor again. Still, we’re hyped to enjoy House of the Dead once again, with improved graphics and maybe even a different variety of stages than what we’ve gotten so far. You can rest assured that we’ll keep our ears to the ground and report any news that come our way. 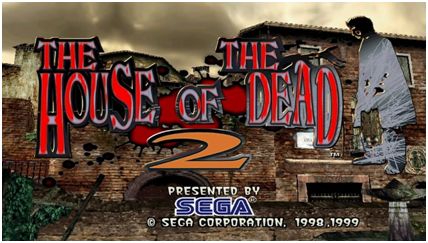