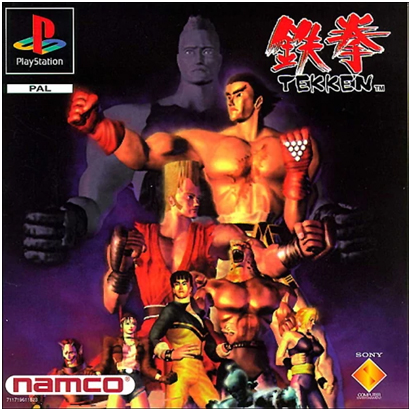 We’ve talked about fighting games on several occasions, always mentioning the classics such as the one that started it all, Street Fighter, and its closest competitor both in the East and the West, Mortal Kombat. These games were pioneers — trailblazers if you will — and single handedly launched the fighting game genre into the hearts and minds of the general populace. For instance, the first Street Fighter was certainly nothing special, with its clunky controls and OK combat, at best. However, with the arrival of Street Fighter 2 and its combo system — which was, at first, a bug which players exploited —, the genre got a huge layer of technical depth which allowed the games to be played competitively, rather than casually. Similarly, Mortal Kombat also followed suit and had its own combo system, coupled with realistic digitized actors and over-the-top gore which helped the franchise to achieve its iconic aesthetics.

These two definitely set a trend when it comes to fighting games and are regarded as the franchises from which all other fight games derive their unique formulas. However, the game we haven’t mentioned yet, which has garnered its own following — bordering on cult classic status — is Tekken. This is a title which was first released in 1994 in the arcades and was popular in the genre thanks to its cutting edge 3D graphics and realistic combat animations. Now that Tekken 7 has just been released — looking better than ever, might I add —, I believe the franchise deserves an honorable mention on our blog.

As opposed to most other 2D fighters of the time which derived their formulae from the Street Fighter and Mortal Kombat, Tekken, drew inspiration from Sega’s Virtua Fighter, which is known by many to be very first 3D fighter ever. Just like with other fighting games, the players must choose from a lineup of fighters — all of which have their own unique fighting styles and techniques — and are then pit against a ladder of opponents until they reach the very top and fight the boss, which is usually a non-playable character. The main difference of this game, compared to the rest, is that, instead of having buttons assigned to light and heavy attacks for each body part (such as light kick or heavy punch), Tekken has a dedicated button for each of the character’s limbs, which added a nice spin to the traditional formula and made the learning process more intuitive for newcomers. Furthermore, when other 2D fighters emphasized the input of commands as fast as possible to achieve victory, Tekken slowed the combat down and focuses on watching the opponent’s movements and retaliating with your own moves in a constant, almost rhythm-like fashion.

Since its beginnings, Tekken was received with tons of positive remarks, with the general opinion coinciding on that it was a very good start for the series back in ‘94. As a fun fact, the very first Tekken was the first PlayStation game to sell more than a million units and was also awarded several Guinness World Records for various aspects of its gameplay, such as “First 3D Fighting Sim” and “Best Selling Fighting Franchise on the Playstation. The franchise’s success and popularity have, since then, spawned 6 mainline sequels (up to Tekken 7’s release just a few weeks ago, in 2017), and myriad spinoffs which take the game’s unique formula and adapts it to other settings, with their own twists on the gameplay. 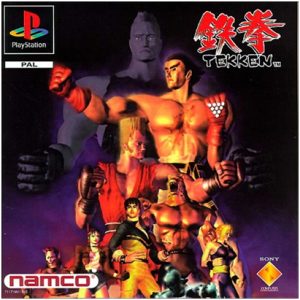 As a fighting game in its own right, Tekken is here to stay and stands alongside the big fish such as Mortal Kombat and Street Fighter. Although it is still a fighting game at heart, it’s unique twists to the gameplay, realistic fighting animations, intuitive combat system, and colorful cast of characters with their own stories and backgrounds makes this game the gift that keeps on giving.

If you’re a fan of the fighting game genre and haven’t tried out this game yet, then we strongly suggest that you reconsider your ways and take a look at this franchise. We promise that you won’t be disappointed.

Here at PrimeTime Amusements, we’re always at the forefront of arcade gaming technology, while simultaneously keeping an eye on the predecessors that made us who we are right now. Among our catalog of arcade machines, you will find everything, from the newest Street Fighter to the classics such as Skee-Ball and Pac-Man machines. If you’re looking for the best service in arcade rentals and sales, then look no further. Give us a call at 1.800.550.0090 or pay us a visit at 5300 Powerline Rd. Suite 210, Ft. Lauderdale, Florida, 33309. We’ll be waiting!