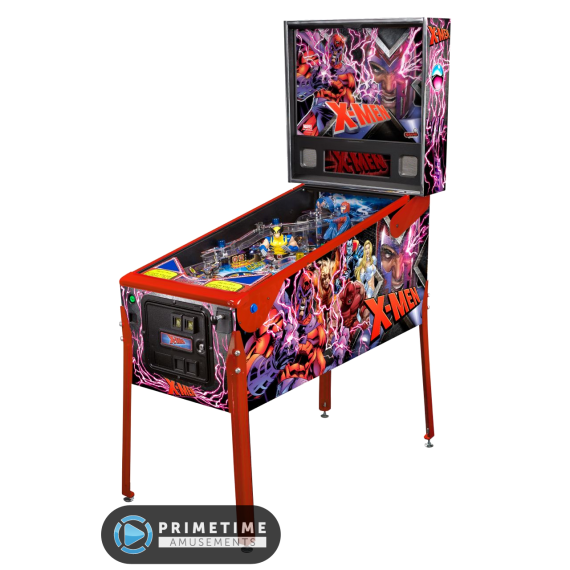 For this Magneto LE model, it also includes: Unique Magneto HD cabinet art and translite; powder coated two Nightcrawler pop-up targets in front of each ramp; “Iceslide” moving ramp feature; LED lighting instead of incadescent bulbs;  and spinning disc around the magnet to make this a more exciting game. The Wolverine LE is very similar, it just sports a Wolverine themed art package.

– Unique Magneto art package and other unique LE features as listed above; only 250 units produced

– Stern’s X-Men Magneto LE Pinball is no longer produced, having been released in 2012. Please call us about availability. Because of limited production, it is rare that one of these units will be available. All used models pass through PrimeTime Amusement’s “Certified Pre-Owned” program, which guarantees that the game will be completely refurbished and ready to operate upon arrival.