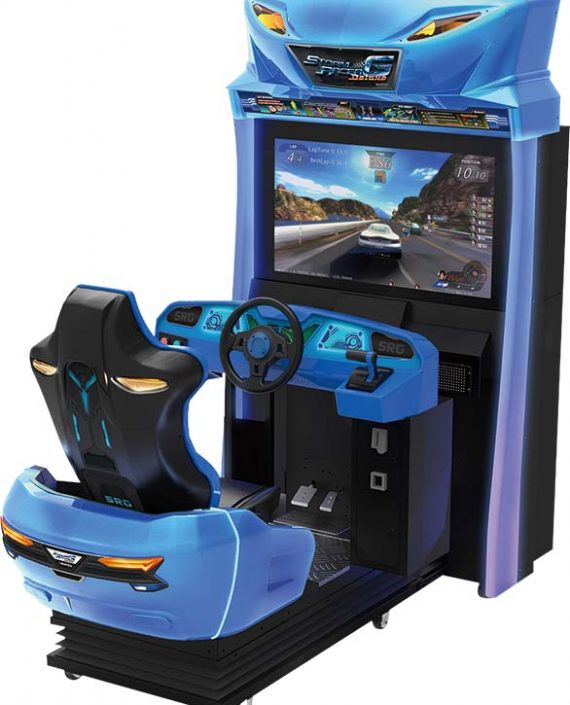 Storm Racer G is the sequel to Storm Racer that was first released in 2011. Taking their experience from that game, they have enhanced the formula to provide a solid and fun racing game that feels much like Namco’s Ridge Racer. Players drive through mountain regions and the occasional town along the way, in a bid to defeat their rivals and go home with a 1st place finish Storm Racer G sports excellent graphics, easy to use controls with strong force feedback features, a camera/avatar system and features enough content to bring players back for more.

Check out Storm Racer G DLX from its appearance at IAAPA 2017. Video available in 4K UHD.

With the motion deluxe version, InJoy Motion has developed an innovative air bladder motion system that reduces motion simulator costs while improving reliability and maintaining the feel of smooth motion.

– Arcade exclusive – Not only is the game not coming to any home gaming device, you can’t recreate those motion effects on console!

– 4.1ch sound system pumps the excitement of the race with clarity and arcade-quality feedback

– Link up to 8 units locally and create a racing attraction for your venue!

– Comes with a single coin slot w/ coin comparator. It is compatible with card swipe systems