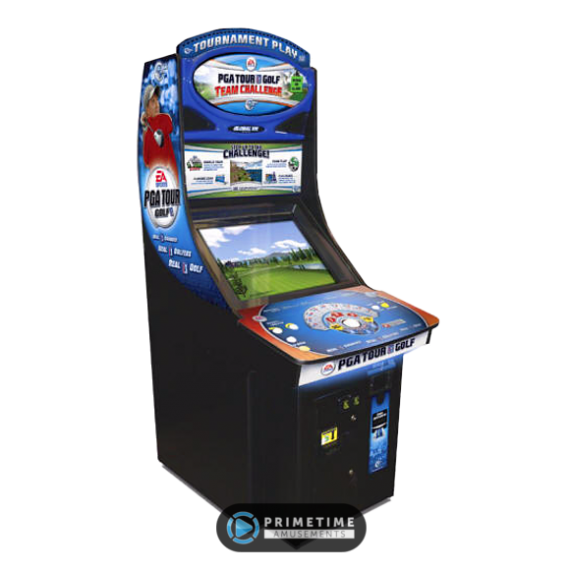 Arcade golf just got some competition! With the PGA Tour Golf series by GlobalVR and EA Sports, bring realistic golf excitement into your venue!

With any PGA Tour Golf arcade machine, this is a must-have for golf enthusiast, sports bars, and collectors alike!

– Customize your golfer with a variety of built-in options

– PC-powered 3D graphics are displayed on a high resolution 27″ CRT screen; ask about upgrading to a modern LCD!

– GlobalVR’s series of PGA Tour Golf games are no longer in production, having been produced from 2002-2008. Please call us about availability. All used models pass through PrimeTime Amusement’s “Certified Pre-Owned” program, which guarantees that the game will be completely refurbished and ready to operate upon arrival. Also ask about our game rentals!