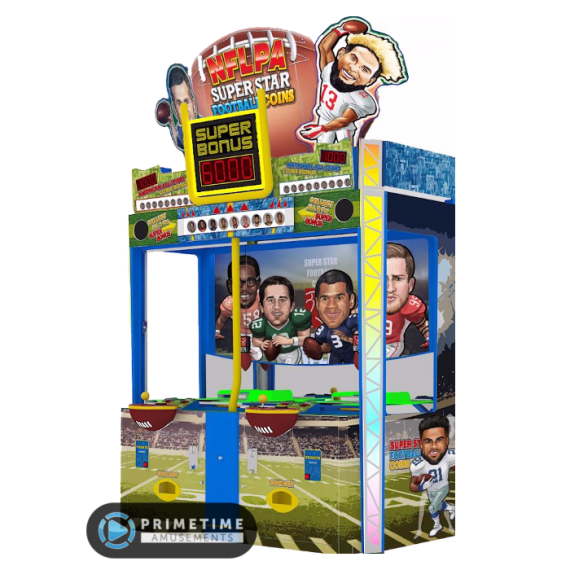 Bring some of the hottest stars in NFL football to your venue with NFLPA Super Stars Football Coins, a new licensed coin pusher concept by Andamiro USA.

As a part of the first in a series of NFL Players Association (NFLPA) licensed games, Super Stars Football Coins features images of top NFL players such as Tom Brady, Odell Beckham Jr. and many others to add to it’s appeal. Then the game is unique in that it combines elements of a crane machine with a coin pusher into one!

Credit up your game then take control of the football-shaped magnetic claw mechanism by using the joystick. your goal is to pick up as many coins as possible, then to move those over to the pusher platform to try and win. You can win one of two possible prizes – tickets or a souvenir coin that features one of sixty different current NFL players! Every team within the NFL is represented but with so many coins available, completionists can’t help but to replay the machine in the quest to get all 60.