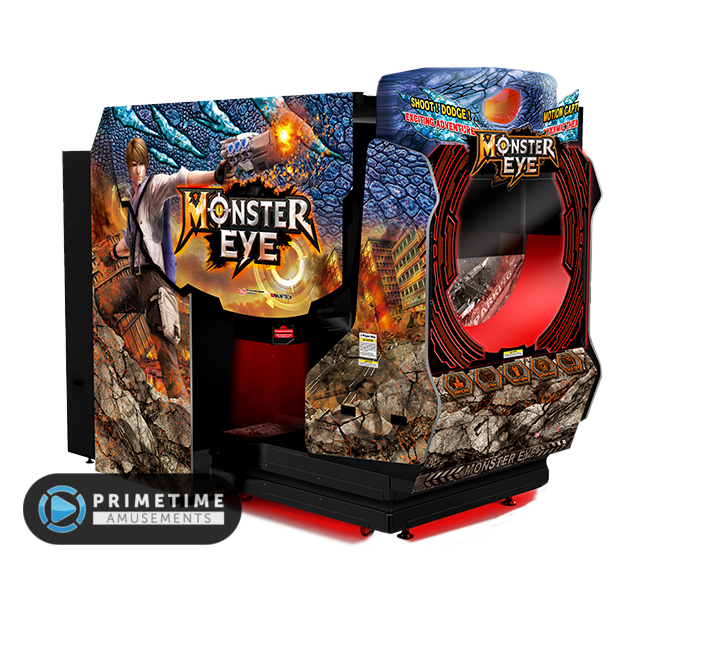 Monsters and mutants are invading the planet after some scientific experiments go wrong and only you can stop them!

Monster Eye 5D is a mounted light-gun game created by IGS. 1-2 players work to blast the various on-screen enemies in a style that is similar to games like Deadstorm Pirates and Jurassic Park. The setting is in the modern world where giant creatures are attacking different cities so they must be stopped. Certain enemies will have circular markers to show where to hit; two players can get more powerful shots by combining your targets together and of course there are spectacular boss battles. With excellent graphics, powerful sound and in this model, a motion seat+air blower system, players will find a game worth playing more than once!

One other unique feature that Monster Eye has is the use of a Microsoft Kinect sensor. This is used to control physical sequences such as paddling to swim or dodge objects.