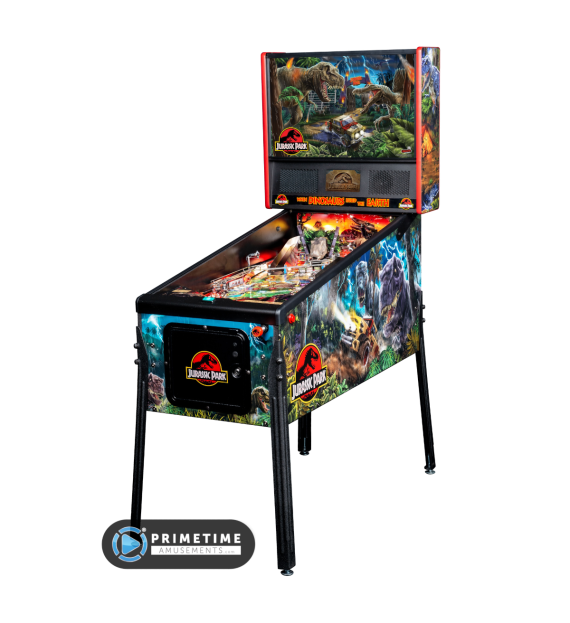 Confront the dangers of Jurassic Park with Stern Pinball’s modern take on the franchise. This listing is a special model designed specifically for home buyers!

The Jurassic Park Pin is crafted to take you into the terrifying world of the hit 1993 film that was directed by Steven Spielberg, but it takes a very different path from the commercial models that were made for arcades. This particular unit was designed by Jack Danger, the popular pinball streaming personality and star player. He has created a wholly new layout for this release, which maintains some similarities to the Pro model of the game, while offering a different route for home buyers to enjoy.  Here, you are focused on evacuating dinosaurs and restoring power to the park.

Here’s the Jurassic Park Pin features, as demonstrated by Stern Pinball in this specially made video.

– Attractive theme to people of all ages – adults have fond memories of the 90s films, kids always love dinosaurs

– 2 metal ramps with wireforms; Includes a cool “jump ramp” in the back of the game