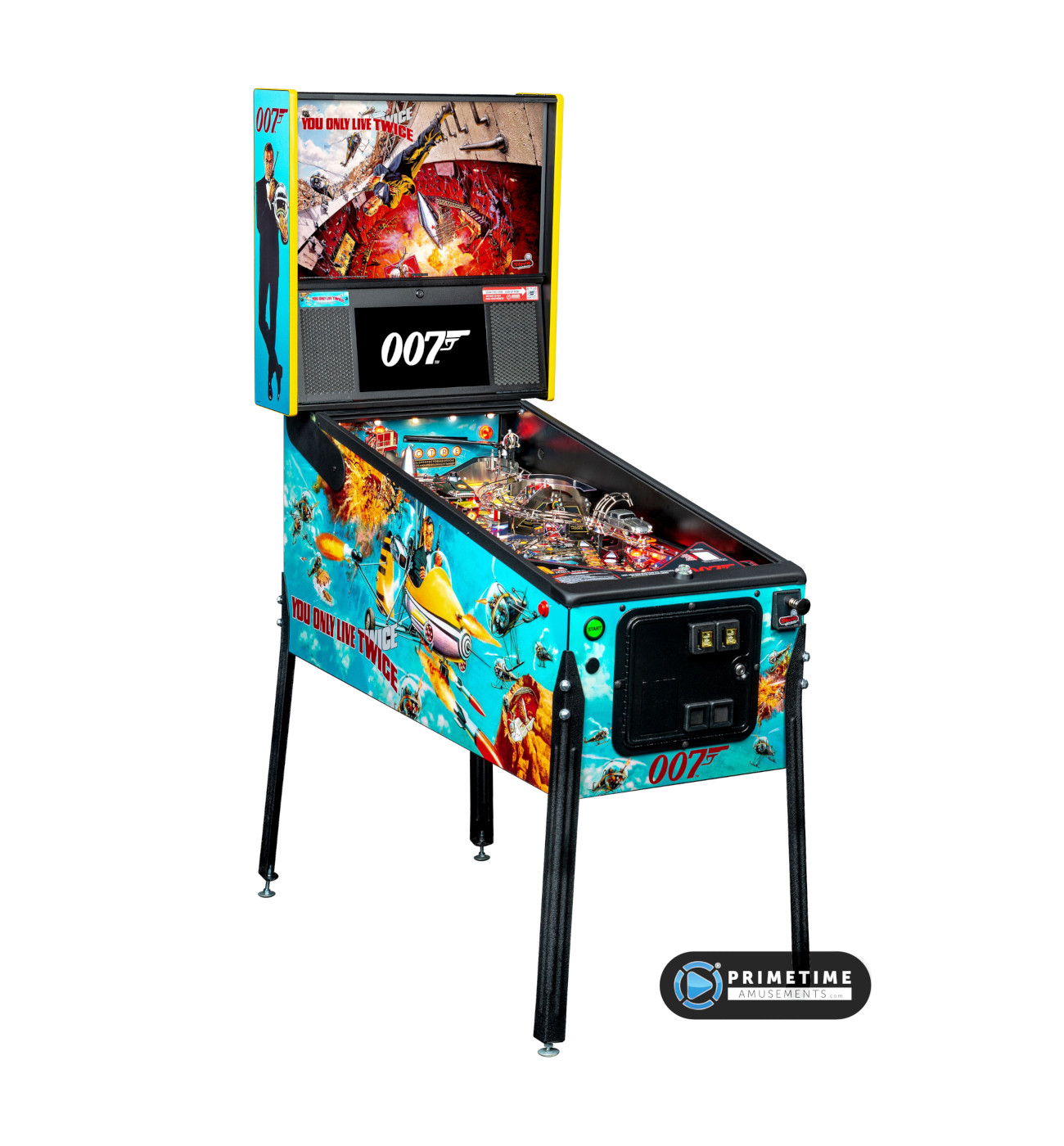 This pinball machine encapsulates everything that makes Bond a timeless, heroic character. Based upon Sean Connery’s portrayal of the spy, players will journey through his six cinematic outings:  Dr. No (1962), From Russia With Love (1963), Goldfinger (1964), Thunderball (1965), You Only Live Twice (1967), and Diamonds Are Forever (1971). Clips from each film are played during the game as player’s progress by completing missions & teaming up with allies to thwart SPECTRE’s evil schemes.

The Premium model of the game features 3 flippers, three ramps, a ball lock mechanism, 3 drop targets, an Aston Martin DB5 car with ball ejector, the Spectre Bird One Rocket base target, PLUS Bond Jetpack mechanism w/ magnet & Dr. No Tank model/target, a gantry to load balls into lock mechanism, and a Thunderball underwater fight scene. Check out the features in action from this official feature set video:

– Premium artwork primarily based on the film, You Only Live Twice

– Team up with Bond Girls and take out SPECTRE’s henchmen

– Action button in the front center of the game

– Plethora of game options to adjust

– Comes with a standard coin door

If you are interested in the LE model, note that quantities are extremely limited. Please call for details