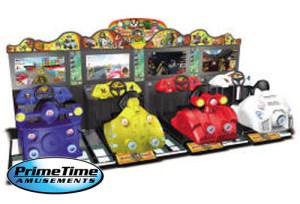 Over the past centuries, the Jade Emperor, who invited the animals in creation to the last race, has been bothered by the never-ending complaints: “The race was null and void because the rat cheated in the race!” “I am the hottest animal now and should be included on the Chinese Zodiac.” The Jade Emperor could not withstand these complaints, and decided to revive the race for all animals to decide the new animals and their places on the Chinese Zodiac.