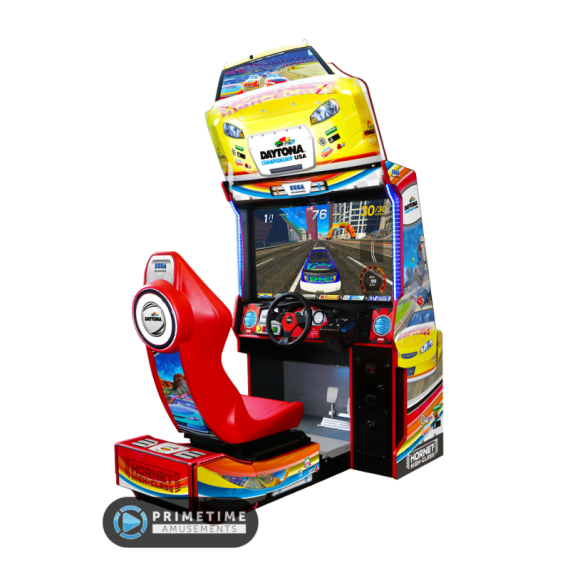 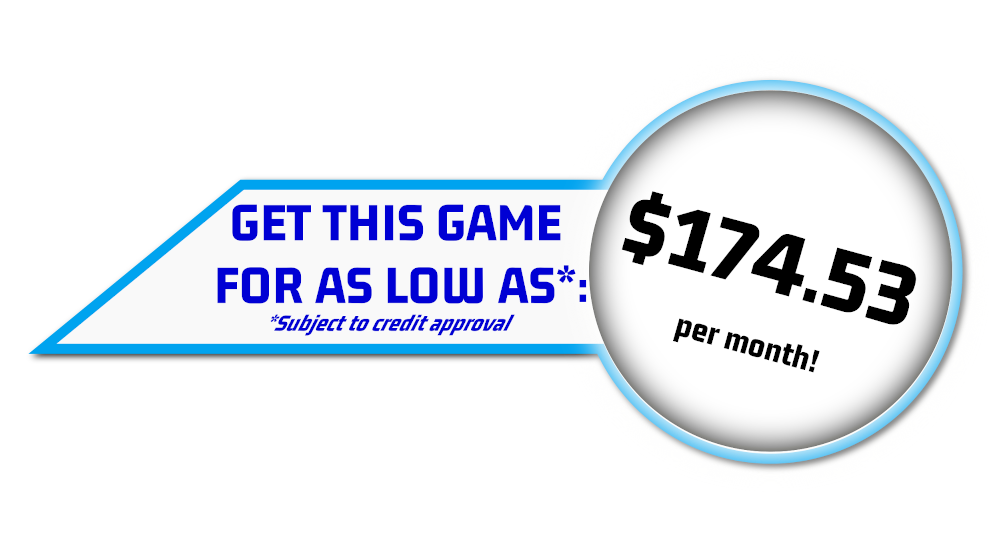 Among legends of arcade lore, few games can match the excitement, the thrills and the earnings that Daytona USA brought to the scene back in 1994. Now, Sega is tapping into that incredible history with Daytona Championship USA. This listing is for the STANDARD (STD) model that was released in June 2018.

Daytona Championship USA was also designed for tournament play and multiplayer in mind. Link up to 8 units for the ultimate Daytona race. All units feature a cascade of operator adjustments that makes this game customizable to your location & situation.

The Standard version removes certain aspects of the Deluxe model such as the 32″ LIVE monitor marquee & camera system; a new seat design and slightly smaller monitor display. This is a great option for locations that want the Daytona experience but don’t have the space or the budget for the Deluxe model.

– Handling fine-tuned to perfection and uses a 4-speed gear shifter just like the original!

– Camera displays the current racer live, shares the live feed across other machines as an avatar

Check out the Deluxe prototype version of Daytona Championship USA from IAAPA 2016 :