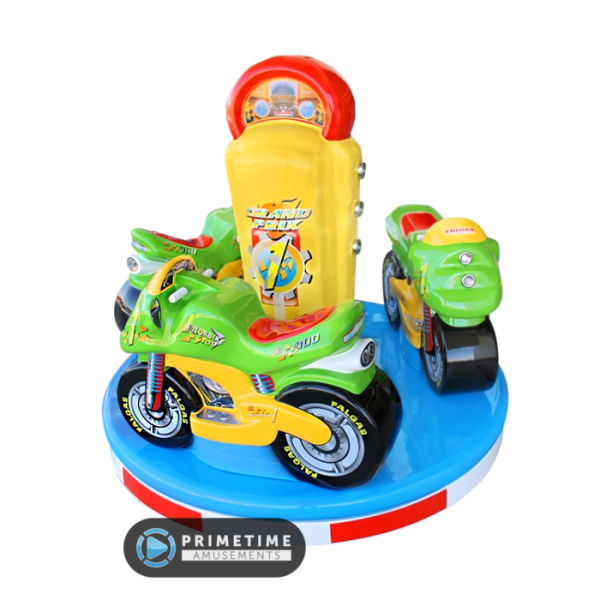 It’s time to gas up and hit the “open road” go with the Grand Prix Motorbike carousel kiddie ride by Falgas!

The Grand Prix carousels were designed in four different configurations: The Airplane model; the Car model; the Motorbike model (this listing) and a Mix unit that comes with a single Airplane, Car and Motorbike seat. For this particular model, the Grand Prix Car features motorcycle styled seats, each with their own pair of handle bars that the child can use to hold on and lean into the ‘wind’ as their imagination takes over.

– Motorbike model; seats can be easily swapped out

– Front handle bars for the child to hold on to

– Also available with Car, Airplane or a mixture of the three seats