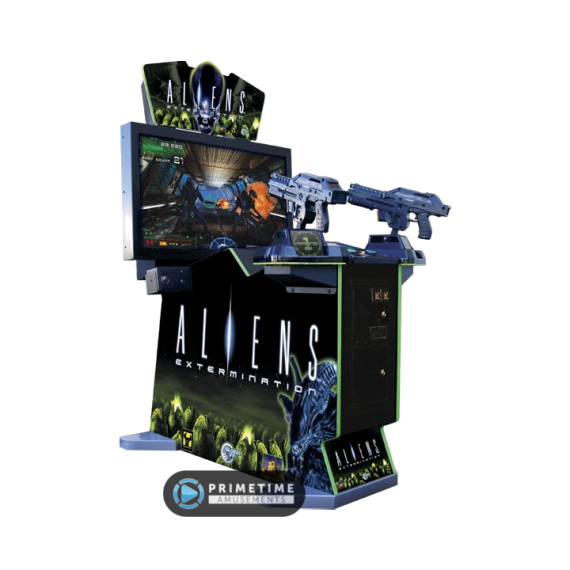 This 2006 release by Play Mechanix and GlobalVR, takes about a year place after Ripley and the surviving Colonial Marines leave the planet LV-426 (from the popular sequel to Alien).

In Extermination, you are part of a “mop-up” operation headed by the Colonial Marines as they return to the planet to finish off the Alien population that ravaged their troops years before.

Here, players get to use one of the best weapons in the Colonial Marine Arsenal – the M41A 10mm Pulse Rifle. The mounted light-gun has been carefully designed to represent that iconic weapon from the films. Also included in your arsenal is a Missile Launcher, a Flame Thrower (activated by the yellow button on the front underside of the gun) and the extra heavy-duty 30mm Grenade Launcher (activated by the red button on the barrel of the gun). This cool light-gun also features force feedback and a red LED numerical display on the back that shows your current ammo count! If you run out of ammo, the weapon becomes a semi-auto pistol so take care as you clear out the xenomorphic hordes.

See some of Aliens Extermination in action from this Attract Mode video.

REFURBISHED STOCK: 9/29/22! – A standard (using the old CRT monitor) Aliens Extermination unit is currently available from a PrimeTime warehouse in Southern Florida. Each will go through our Certified Pre-Owned refurbishing program before shipping to you. Please call for pricing and lead time. 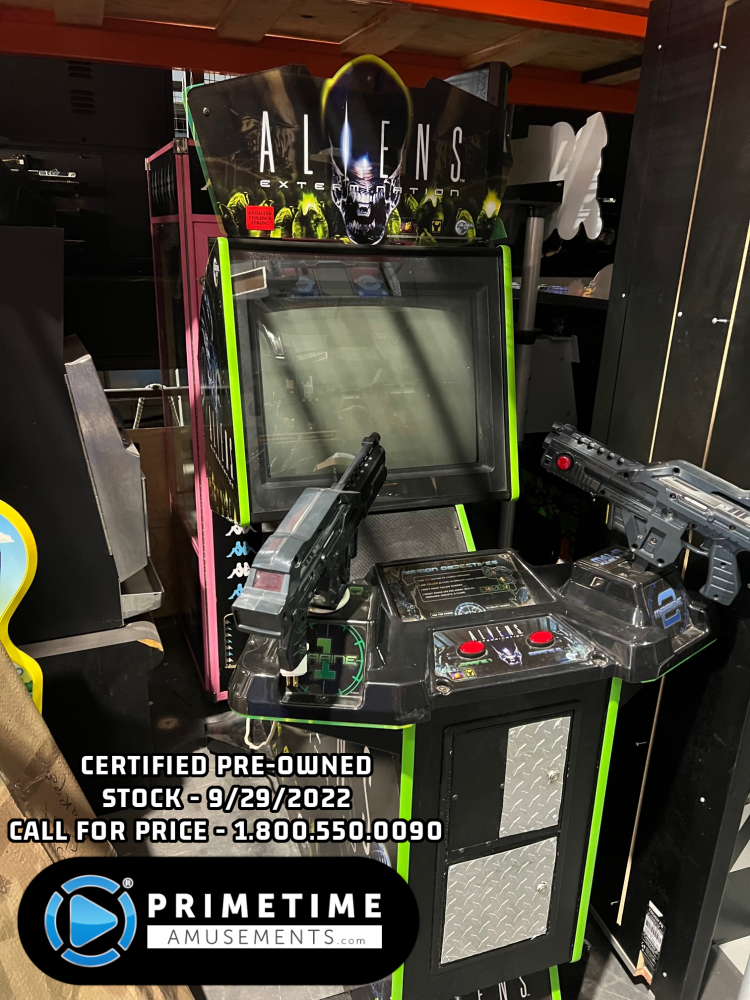 – Exclusive to arcades: This game has never been ported to a home console or mobile device

– Based on the popular Alien and Aliens movie franchises

– Guns have force feedback and a red LED numerical display on the back to show you the current ammo level!

– Ammo, health and other power-ups make the game a little more interesting

– This game is no longer be available new, having been released in 2006. All used games that we sell carry our “Certified Pre-Owned” seal of approval which means that we will carefully and professionally refurbish the game to reach like-new standards. This ensures that you are receiving a top quality game with every purchase!

NOTE: GlobalVR originally released the game with a 29″ CRT monitor like so – this model is no longer available new: 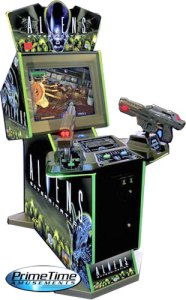 Looking for a newer version of an Aliens shooting game? Check out Aliens Armageddon, designed by the same team that created Extermination!