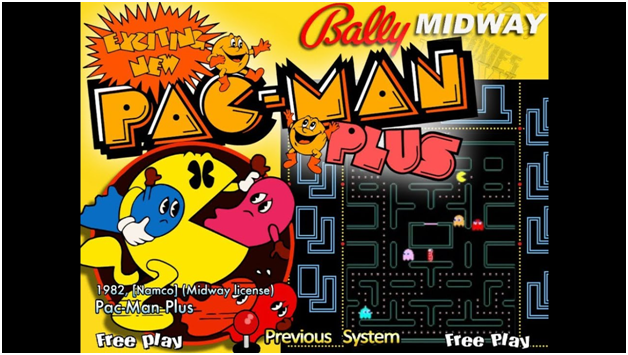 The year is 1982. The Pac-Man craze was in full-force around the world thanks to the release of the original game just two years prior. At the time, gamers were completely caught up with Ms. Pac-Man, a modification of the original game, which was developed by a small group of developers who found it profitable to hack popular titles with some software upgrades, selling those updates to interested operators.  Midway, who was reveling in the success of Pac-Man in the West at that time, was intent on pressing their advantage to continue raking in the cash, which is how they ended up working out a deal with those savvy hackers, turning their Pac-Man hack known as Crazy Otto into Ms. Pac-Man just a year after the release of the original.

Ms. Pac-Man proved to be just as popular as the original game, and it showed that Pac-Man Fever was higher than ever. Interested in keeping the gravy train rolling, Midway realized that they could use the idea of hacking games and turn this into a veritable franchise. Now the problem here is that Pac-Man wasn’t exactly Midway’s in the first place – it was created by Namco, and Midway simply obtained rights distribution in the United States. But their agreement hadn’t said anything specific about spin-offs, so they went ahead and found other ways to squeeze every dime out of it that they could. Namco, also wanted to keep cashing in on the craze, so they were working on releasing the true official sequel to Pac-Man, Super Pac-Man. Upon release, however, the game didn’t perform as well as the company predicted, and it had to compete against the tide of bootlegs based on the original Pac-Man that was now flooding the market.

Shortly after the period of silence between the release of Ms. Pac-Man and Super Pac-Man, Midway was brainstorming on ways to stop the myriad bootlegs from hitting the market, a product of the original game´s popularity and Namco’s inability to produce sequels at a rate that would meet the demands of the market. With already one modification under their belt, the company went on to produce another alteration to the original game, but this time with more changes. To this end, they created and released Pac-Man Plus, also against Namco’s wishes, but to the excitement of masses who simply wanted more of this game. 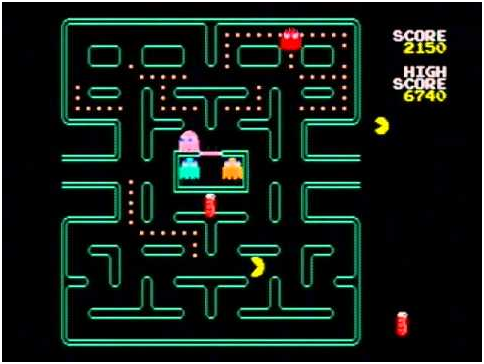 Instead of relying on a third-party, however, Midway rolled up their sleeves and worked on this new Pac-Man modification, which was described as an “upgrade” to the original. While Ms. Pac-Man offered slight modifications to the standard gameplay, such as different-colored mazes, mobile bonus items, new stage layouts, and an element of randomness to the ghosts’ AI, Pac-Man Plus offered some changes that were immediately evident as soon as players started the game.

Some of the new features included in this iteration included a new maze color, and new sprites for the ghosts when weakened by Pac-Man eating a power pellet. Similarly, every bonus item except the apples and galaxian flagships have are different, though this is just another cosmetic change. The biggest adjustment, however, is how the power pellets work as, when Pac-Man eats one, one of five effects might occur:

These changes helped to give Pac-Man Plus an element of randomness that would make it harder for veterans to learn and master the game. While, in essence, the game is the same, it would be much more difficult to be good at it, which is what Midway was aiming for; a means to keep people busy with pure Pac-Man goodness, while still pulling a profit from the ever-expanding audience.

However, Pac-Man Plus was never considered a true sequel or iteration to the original, especially since Ms. Pac-Man was already gaining traction by the time this game had released. This game was merely a means to stem the tide of bootlegs by releasing an official Midway Pac-Man game while Namco figured out a more permanent solution. It did, however, make it onto Jakks Pacific’s Super Pac-Man TV game, which was released in 2006 and featured titles like Ms. Pac-Man, Super Pac-Man, Pac & Pal, and the original Pac-Man.

What do you think? Did Midway do good by releasing Pac-Man Plus, or is this another one of those weird derivative titles that missed the mark? Leave us your thoughts in the comments below!

Half-Life: Alyx - The Sequel Everyone Wanted?