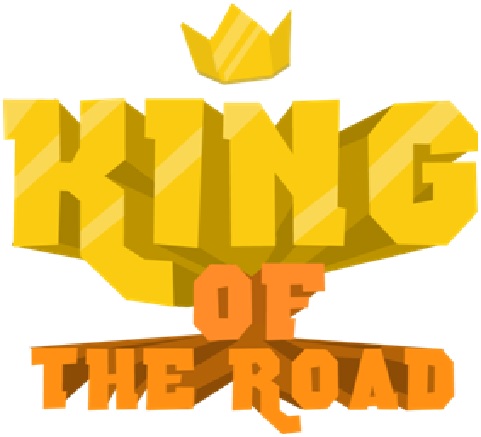 Here at PrimeTime Amusements, we’re always scouring the internet for the next best thing in the arcade industry. Sadly, the past few weeks haven’t been too generous in terms of happenings and events in this field. However, one nugget of information grabbed our attention and greatly piqued our curiosity. A little indie game by the name of King of the Road.

Party games are awesome. They’re a good way to turn our brains off and just enjoy some mindless fun. This is why some popular franchises like the Mario Party series initially rose to fame. You can’t really say they’re very complex in terms of mechanics nor intricacies. However, it’s this simplicity, coupled with the comfy “couch” co-op gameplay, that makes it so endearing and attractive to any type of gamer.

King of the Road is one of these kinds of party games, which puts up to 8 players in a frantic race to see who can survive the longest in wacky, crazy tracks. While the basic premise has already been attempted on multiple occasions, across several different platforms, it’s the game’s presentation that really caught our eye. The cabinet itself is a marvel to behold, but we’ll get to that in a moment. For now, let’s take a look at what this it has in store for us..

Created by Wyatt Bushnell and Mike Salyh, King of the Road was specifically developed to provide short bursts of entertainment as players toss and turn trying to stay alive longer than their friends. If you’ve been following the events in the arcade industry, you might recognize the Bushnells as the family that founded both Atari, Inc. and Chuck E. Cheese’s. In fact, it was Wyatt’s father, Nolan Bushnell, who originally founded both companies. In this sense, since it’s coming from such an influential family in the industry, there’s a lot of expectations right off the bat for this game. 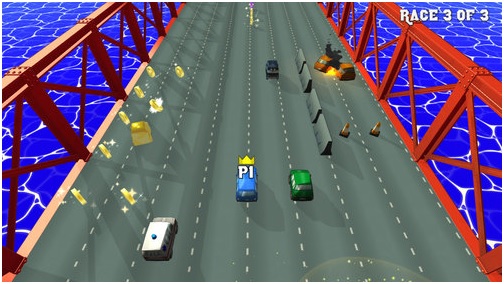 Sadly, we still don’t know much about King of the Road, other than its basic premise, given that the game is still in its prototype phase. The first prototype was created by the aforementioned duo for Two Bit Circus, one of the largest amusement park and FEC in Los Angeles. If you’re in the area, and know a bit more about this game, then leave us a comment in the section below!

In any case, this game looks like any other racing game, but with the wackiness cranked up to 11. In the preview footage, we caught all 8 players each manning a wheel each and controlling their vehicles throughout a wide track that progressively got smaller. Along the way, the players would run into obstacles that they needed to avoid to stay alive. Furthermore, we couldn’t actually tell if the tracks have an end or if they go on indefinitely. It’s probably the former, considering that procedural generation wouldn’t lend itself very well for this format.

Now this is where things get interesting. Right off the bat, we can tell King of the Road will give me an awesome experience, which we can share with 7 of our best buds. The cabinet itself is huge, bordering on amusement-sized, with a wide panel that has 8 steering wheels installed. Beneath each wheel is the coin slot where players can add more credits to continue playing. King of the Road isn’t a redemption game, so we won’t find a ticket slot anywhere.

Taking a look even further down, it seems that each playable area also has its own gas pedal that players can interact with to control their speeds. However, there doesn’t seem to be a brake, which tells us that the game wants us to either go fast, very fast, which doesn’t bother us at all. 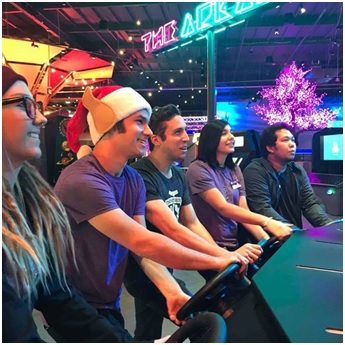 LEDs adorn every corner of this prototype. From where each steering wheel fits into the main panel, to the sides of the screen, you’ll find bright lights everywhere. However, as a test model, this probably isn’t the final design of the cabinet as it’s a bit lackluster in terms of art. Other than the admittedly huge logo art on top of the screen, the prototype we see in the pictures is quite barren in its design. However, each playable area has a checkerboard pattern in different colors so that the players can easily identify where their areas end and where the others begin.

Where to Find It

As we mentioned above, King of the Road is currently in its test phase and available for playing in the Two Bit Circus, in Los Angeles. You can find more info on their website. However, rest assured that we’ll be covering any significant developments that transpire during the *ahem* development of this indie arcade game.

For now, we can only wait and see how things unfold.

A Real-Life Pac-Man Game? More Likely Than You Think!

ICE Begins Shipping Hoop It Up