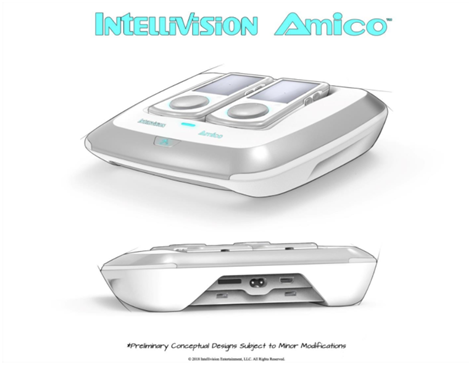 For those of you who have been following the development of the Intellivision Amico console, we have some good and bad news: The good news is that the console has finally begun actual production and might be on its way to meet a Q1 2022 release date. On the flipside, Intellivision CEO and the man responsible for purchasing the company in 2018 and bringing this project to life, Tommy Tallarico, has stepped down from his CEO position. He will continue as the company’s President, Chief Creative Officer and largest shareholder, however.

For a thrice-delayed console, that has been in development hell due to the ongoing COVID-19 pandemic, a change in management could either be the final nail in the coffin, or a much needed improvement to actually push the console into the market—hopefully the latter. 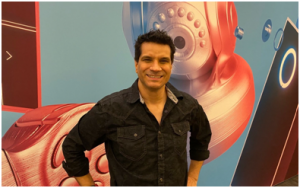 For those who are not familiar with the console, the Intellivision Amico is Tallarico’s brainchild, designed to be a low-spec console focused on both family and retro gaming. Some titles are reimagined arcade classics including Moon Patrol and Breakout. The console itself features two wireless controllers with dials and touchscreens, which sheds light on the types of games meant to be played on it. Speaking of which, while the console has been delayed three times—the first from its original October 2020 release, followed by an April 2021 date and a later Fall 2021 delay, and finally its current Q1 2022 ETA—the company managed to push out its first physical game release late last year, with boxes that contain RFID cards tied to NFTs, which give access to digital downloads of the games in question.

Now, while the decision to release the games physically as both standard and collector’s editions is quite weird, considering that the console itself still doesn’t have a set release date, it’s somewhat exciting to see something actually come out of this hectic development cycle. This is especially true when considering that the said development has had all the hallmarks of a “soon-to-be-canceled” project, including multiple delays; no set release date; a polarizing and controversial person as the former leader; a focus on making sales on games even before the console’s release, and now a change in leadership late in the project’s lifetime. And this is without even mentioning the delays and strains caused by COVID, along with the skyrocketing costs brought on by the continuing supply chain & production crises.

This change has come due to the company needing to “better align its resources with those new challenges.”Taking the mantle of CEO is Phil Adam, the company’s former Chief Revenue Officer. In an interview with IGN, Adam gave the following statement regarding the transition: “As a 30+ year industry executive, I am excited to transition into the CEO role at Intellivision. As a business closing in on the last phase before launch, Tommy felt it important to provide focused roles so he can continue to do the things he loves the most. As always, we will be working hand in hand to bring Amico to the market.”

Skepticism aside, this change might just be the push needed to get the ball rolling, considering that it coincides with the beginning of the production cycle. And while it might not be certain whether or not the team will meet the Q1 2022 release date just yet, which would give them until March of this year, we can at least rest easy knowing that the consoles are already in production—especially if you’re one of the 6,000 people who pre-ordered their Intellivision Amico!