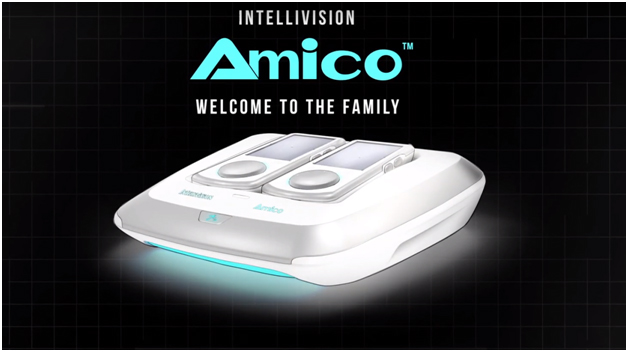 As gaming’s staunch historians might know, the industry was developed by men, for men; and by men, we mean adults. The target audience of the video game systems in the early 70’s were mainly adult users who would get hooked easily on any activities, and that wouldn’t mind sinking a few quarters for a few rounds on Pong. Heck, some of these games even debuted as machines in bars and taverns, which made their player base consist of somewhat-inebriated adults who were spending their hard-earned cash on some unwinding.

The ensuing popularity garnered by the games was the driving factor behind the proliferation of an industry which, to this day, has become even more prominent than TV. And this is all because some merry tavern-goers popped some machines so full of quarters, that they would stop working. Furthermore, considering that the average Midway coin box can fill up to $1,500 in quarters, there was plenty of motivation for developers to keep working on games.

Fast-forward to today: video games are everywhere, consoles and PC have dominated the market for the past couple of decades, and fans are constantly abuzz talking about new or upcoming games. Even our phones have evolved to accommodate video games, as mobile games are just as prevalent as their home-console counterparts. As gamers ourselves, it’s a bit worrying when we think about the current state of gaming, how business models interfere with their purity and with the enjoyment that the user can derive from a session.

Back then, it wasn’t all about the cash. Sure, you needed money to play on your favorite arcade machines, but it was a price so low, that most anyone could afford a go or two on them. Furthermore, this cost, as well as the vast variety of machines available, made arcades the perfect hangout spots for teens and young adults looking to spend an awesome afternoon gaming.

However, the arrival of microtransactions, “Free-to-Play” (F2P) and DLC have all but distorted this purity. By giving gamers free access to their games, but limiting their progress significantly, they adopt business models that bestow advantages to those that invest their own money on the game. And we’re not talking about 25-cent investments; some of these games feature microtransactions of over a hundred dollars per pop; now that’s a lot of quarters!

As the new head of Intellivision, Tommy Tallarico is looking to change all of that with the upcoming Amico console. This system is looking to push back at a world marred with microtransactions, incomplete games, and cash-based business models taking gaming back to its roots: when games were about having fun, and home consoles were tools for bringing the family together.

As part of our ongoing coverage on the console’s development, we can’t help but wonder at how this project will fare in today’s current gaming trends. As we mentioned in our latest update, the console is shaping out to be positively amazing;  it features cutting-edge controllers with retro-style features such as a disc for movement, as well as multiple fire buttons on the sides, but with modern innovations such as haptic feedback, vibration, and a touchscreen. Furthermore, the games themselves are the same popular titles from the past, but adapted for modern displays, using the technologies available to the developers of today.

However, this speaks nothing of the public it’s meant to impress: families. In his keynote, Tallarico states modern games have a high entry barrier, marred with complicated controls schemes that make it impossible for all but the most skilled Call of Duty kids to learn and master. This statement begs the question: If your average 12-year-old can be a prodigy at Fortnite, and win a Victory Royale with a headshot from 500 yards away, is the barrier for modern games really that high? Seeing as one of the driving forces behind the Amico’s development is to bring families together, it almost seems like it’s geared more towards jaded adults who haven’t handled a controller in decades, instead of for kids that are allegedly too inept to handle complex controls.

While the games are advertised as being cheap ($2.99 to $7.99 a pop), they might not have the longevity that the company predicts if they’re overly simple. In this sense, while it may provide a degree of fun and entertainment to fun-starved adults soullessly working a 9-to-5 cubicle job, it seemingly includes nothing for the industry’s main demographics: kids and teens.

Of course, these claims are only based on the previews that Intellivision has shown so far. Maybe the finished product will feature not only games designed to be played with the simplistic controls of yore, but also other titles that require the precise movements, proper hand-eye coordination, and the skill ceilings of the competitive shooters, fighting games, and MOBAs of today.

What do you think? Will the Amico pander to adults, or will it feature games that will entertain users of all ages?