There’s good news for fans of House of the Dead around the world as this year has been teeming with news and details about a return to Sega’s most popular light-gun game in their history. This has been one of the biggest arcade news items of 2018 as the hugely-popular action horror arcade series has been dormant for more than a decade prior to the announcement of the new version by Sega.

For those who are not familiar with the games, House of the Dead is an action-horror video game series developed by Sega, with the first release hitting arcades back in 1996. To date, there have been 4 mainline releases, with a new one coming out later this year. Each installment plays the similar to the previous one: as an on-rails first-person shooter where the player uses a gun prop to shoot at the enemies that appear on the screen, which usually belong to the undead. In each game, there are two special agents that team up to fight against the zombie hordes and defeat the ones who unleashed them upon the landscape.

In true arcade fashion, each game is divided into several chapters, each one ending with a thrilling boss battle. These tend to consist of a creature larger than the rest, and with an equally horrifying appearance to match their size. Players will have to take their gun and skillfully shoot their way through the stages and defeat the boss at the end of each to take down the big bads of each installment.  Furthermore, there are also many routes that players may take to reach the end of each game, which increases their replay value as it would take many playthroughs to witness what each game has to offer. There are multiple endings found in each HOTD, all based upon your performance throughout the game.

While this is a common formula found in many light-gun games, there are some elements that vary between House of the Dead installments. For example, the protagonists are not always the same; the weapons and enemies, while functioning in similar ways can also vary from game to game. The first two titles used a pistol while the third used a shotgun and the 4th an Uzi-like firearm. Lastly, most of these titles also come packed with unlockables, as well as multiple endings that can be unlocked, depending on the skill of the player. 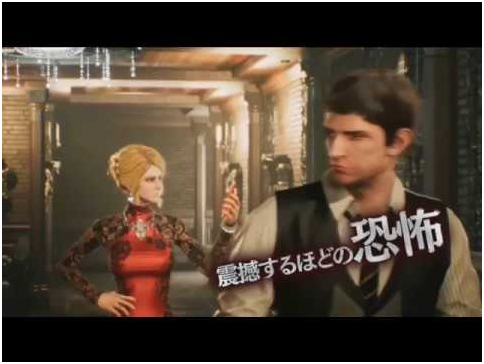 The last time that we say the series grace arcades was with The House of the Dead 4, released in 2005(we’ll not count House of the Dead EX, which was an extremely limited release and played like a party game). A special edition was released to consoles in 2006, which is set shortly after the events of the regular version. Both of these installments were received with critical acclaim, with positive comments from reviewers like IGN saying that “it may be the most visually impressive arcade game ever made”. They gave particular praise to the game’s lighting techniques, as well as the zombie and environmental details. The gameplay, in particular, didn’t fall behind as the reviewers also praised this aspect of the games.

As of right now, it has been more than 10 years since the last House of the Dead came out. That is until Sega broke the silence in earlier in January when they announced the next installment in the popular series: House of the Dead: Scarlet Dawn for the arcades.

After this announcement, the series quickly regained the popularity that had waned over the years, as fans were abuzz with rumors and comments amongst them; and with good reason. House of the Dead has become, for some, the best arcade game of all times, not to mention one of the best action horror games ever. For some, this game was responsible for the popularization of the genre, a point that was driven further with every new game, movie, and console adaptation that the series spawned. Suffice to say, this series is held in the highest regard at Sega HQ, with their CEO, Paul Williams, commenting about the top-tier quality of their upcoming game:

“We are thrilled to be part of this historic release. House of the Dead is the crown jewel in the Sega’s license portfolio, with such a great heritage and loyal following. We pulled out all the stops to deliver the best experience. Developed by the dedicated R&D team in Japan, this game gets a truly special edition treatment in every way possible.”

In this sense, it’s immediately evident that Sega invested a great deal of effort into this cabinet. Judging from their press release, Arcade Heroes stated that it will have [email protected] gameplay, as well as many immersion features such as 5.1ch sound, guns with an improved recoil simulation system, and an air blast feedback within the cabinet. 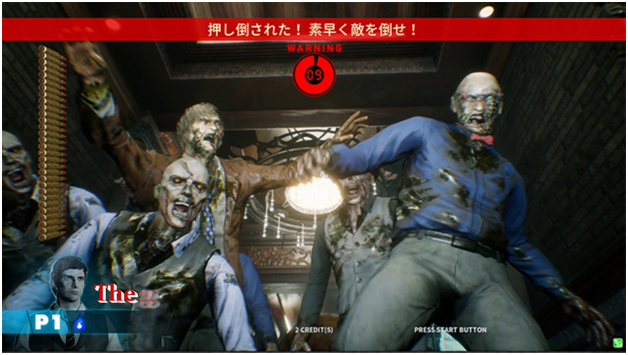 As far as the release date of the new game goes, well, we have that covered, too. According to Arcade Heroes’ coverage on this game’s development, the fifth installment in the series is scheduled to launch formally at the IAAPA 2018 trade show, which is the arcade world equivalent of the Electronic Entertainment Expo(“E3”). This information was taken from a Sega press release that confirmed the launch of the game in the event, which is being held in Orlando, on the week of November 11th. This announcement marked the official date in which the cabinet would be revealed to the general public not as a test version, but as a production model with the final version of the game.

If you were looking to nab one of these cabinets for yourself, however, we have to inform you that it’s going to be a bit difficult as the early orders for the game have already been filled since July. Big arcade chains like Dave & Busters have already jumped on the early orders so they can get their hands on the first releases before Halloween. In this sense, if you’re looking to try these out for yourself, be sure to take a look at your local Dave and Busters, as they will likely have them available very soon in anticipation for Halloween season.

Click here for our listing for House of the Dead Scarlet Dawn: https://primetimeamusements.com/product/house-of-the-dead-scarlet-dawn/

If you’re interested in learning more about this game, feel free to check the press release, which you can find on Arcade Heroes.