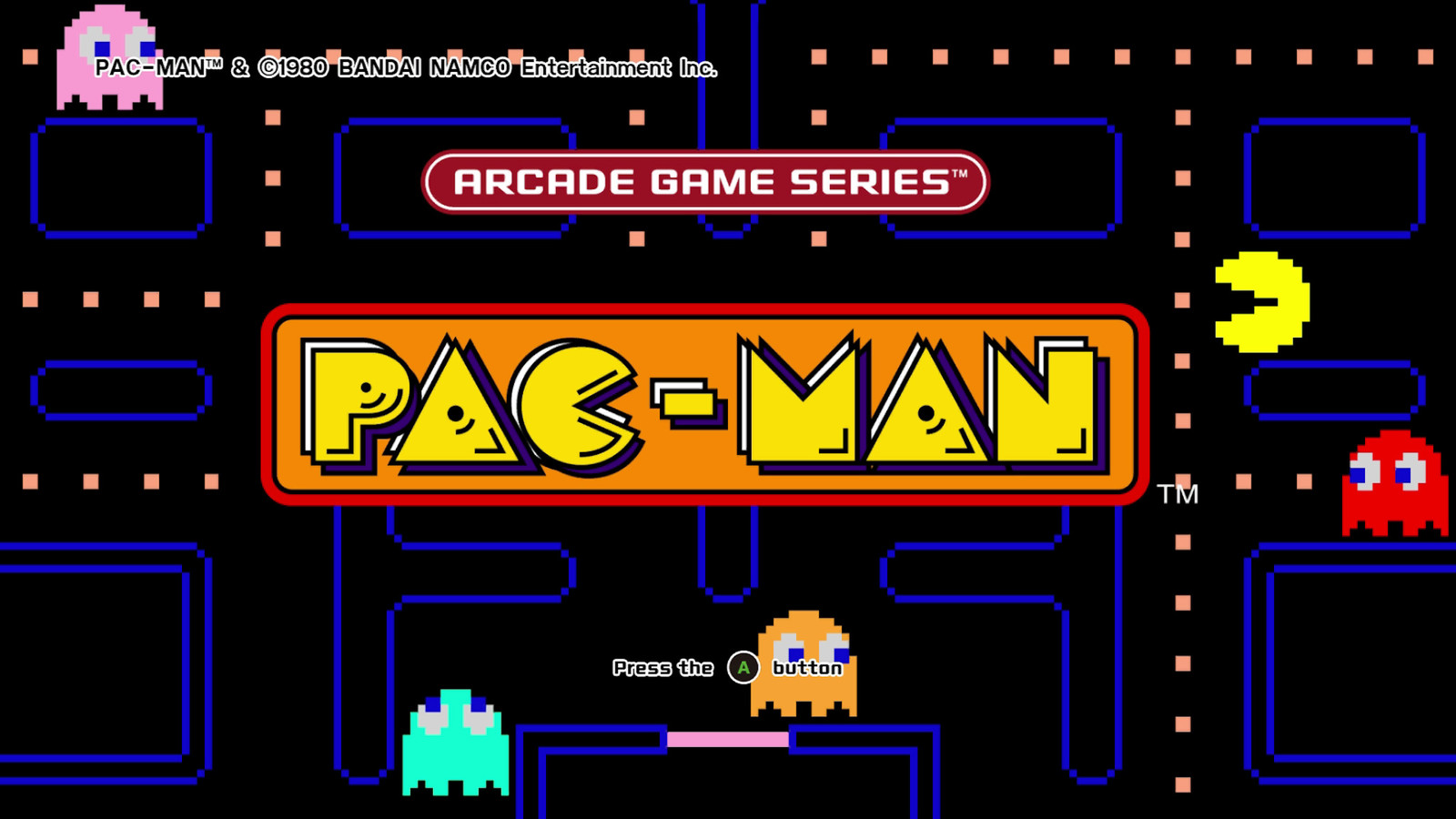 It’s been a month since our last edition of Getting Good. In our previous article, we went over all the tips and tricks you need to keep in mind in order to get good at Donkey Kong, Nintendo’s first successful foray into the world of video games. At that time, we talked all about how timing is crucial in order to successfully leap over every obstacle, as well as the best way to avoid the pesky Foxfires that constantly assail the daring plumber. Finally, in the final sections of the article, we pointed out the importance of proper Foxfire positioning when unscrewing each of the rivets in the final stage, as failure to take this into consideration can potentially put Jumpman directly in a Foxfire’s path, causing a premature Game Over.

Of course, there is no one guide that can magically make you excel at any game, unless said game has an exploit that the player can take advantage of for easy wins, which could be awesome, but wouldn’t count as legitimate skill anyway. True skill is cultivated with hard work, and nurtured with practice and, if you’re good enough, you efforts might even be rewarded, either in the form of cold, hard cash, or in street-cred at your local arcade. At the very least, you’ll have crowds of kids gathering around your machine, watching intently as you completely shatter every high score ever set on that cabinet.

In today’s edition of Getting Good, we’ll be going over the basics of one of the oldest video games; one that still poses a challenges for gamers to this day. Pac-Man was developed by Namco, and released into the Japanese public in 1980. Shortly after, in the same year, Midway acquired the rights to distribute it in the West, and was the main manufacturer of the cabinets in the United States. Upon its arrival, the game took the world by storm. Gamers were not ready for the sheer awesomeness that was our pizza-faced hero endlessly gobbling up pellets, while avoiding hostile ghosts as he completes each stage. It was thanks to games like Pac-Man, and Space Invaders, among others, that arcade gaming was able to transition into its “Golden Era” in the early 80’s, which is when this medium reached unprecedented levels of popularity both in the East,as well as the West. During this time, arcade games were being manufactured nonstop, with new amusements being developed every day.

Curiously enough, it was this saturation of the market which led to its downfall in the West. There were simply too many games, a big number of which were low quality. This caused the fans to start shying away from the medium, instead opting to put their money towards home consoles and portable gaming. However, games like Pac-Man managed to shine on, and are still relevant to this day, both for it’s unique take on humor, for its easy to play, yet hard to master mechanics, and by providing a fun experience, while keeping violent content to a minimum, which was actually a quite refreshing change of pace at the time.

Now, if you’re looking to polish up your skills at Pac-Man or, in the case of newcomers, to learn the basics, there are a couple of things you should know before even getting started:

The entirety of Pac-Man – at least the first one – takes place on a single maze. If you want to beat the game, you’ll have to get very familiar with the maze’s layout, as well as with all the elements contained within. In every stage, you will find different types of object which Pac-Man can interact with. Let’s take a look at the following image for reference, and then go over the elements contained within: 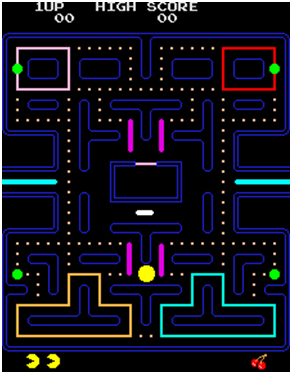 The image above is a representation of a typical stage of Pac-Man alongside most of the elements present in each one.

Now, let’s break down the elements of every stage, as seen on the image above:

Represented by the big green dots on each corner, these power pellets are useful for debilitating the ghosts for a few moments. After consuming one of such pellets, the ghosts will turn blue, and move away from Pac-Man. During this period of weakness, Pac-Man can walk over the ghosts and eat them, which transforms them into a floating pair of eyes, before quickly careening off into the ghost regenerator located at the center of the stage. Each ghost grants the player extra points upon eating them.

It’s worth noting that, on later stages, the ghosts don’t turn blue, but flash momentarily, before going back to their original state, so eating them is a lot harder on this leg of the race. On even further levels, eating the ghosts is impossible, as they don’t turn blue at all; they just run away from Pac-Man for a few seconds.

These are the two teal lines on the left and right. Tunnels can be used by both the ghosts and Pac-Man to quickly travel to the opposite side of the maze. While travelling through the tunnel, Pac-Man moves at full speed, while the ghosts are slowed down to half their speed. This allows the player to put some valuable distance between Pac-Man and the ghosts. Just be careful to not get trapped by another baddie on the other side of the tunnel.

In every stage, there’s a bonus item that appears just where the grey dash is located, beneath the ghost regenerator. These bonus items can be anything from fruits, to other objects. The first one appears when 70 dots have been eaten, while the second one only does so after 170 dots have been consumed. These items serve no purpose other than to increase the player’s score, so they should only be grabbed when there are no ghosts nearby.

The ghosts movement patterns can be difficult to get down if you’re new at the game. However, despite looking seemingly random, the ghosts’ AIs are programmed to follow certain patterns. We’ll explain these patterns in a bit but, for now, you should know that the areas on each corner of the maze are the ghosts’ initial patrol routes. Shortly after the game starts, the nasty ghoulies will make their way to their respective corners, where they’ll remain for a few moments before their AI programming kicks in and the begin chasing Pac-Man around the maze. After chasing Pac-Man for a while, the ghosts will return to their corners, where they will remain for a few moments, before resuming stalking our daring hero.

The blind alleys are specially useful to keep in mind, since they are small corridors in which the ghosts can travel down, but not up. The purple lines are used to represent these alleys. They are extra helpful when a ghost is chasing you around the ghost regenerator, since you could just travel up the top alleys, and they won’t be able to follow you, and will have to take the long way around.

While the ghosts are slowed down by traversing the tunnel, there is another element in the maze which can actually work against Pac-Man and slow him down, making it easier for the ghosts to nab him. When Pac-Man is eating dots, he moves slightly slower than the ghosts. So if there’s a baddie actively chasing you, don’t even try to eat a full row of dots before getting out the way; the ghosts WILL catch and they WILL eat you without quarter. It’s better to get out of the way, and make a second pass at the row when the coast is clear.

Aim For The Bottom Half First

The bottom half of the maze is the most perilous zone to clear. There are few places to maneuver, and even less safe zones. It also has the longest stretch of path in the game, which makes it easy for the ghosts to catch Pac-Man. For these reasons, it’s best to rush down and clear this area of dots first, preferably before the ghosts reach their respective corners. Inky (the cyan ghost) is the second-to-last ghost to leave the ghost pen, and he goes straight towards the lower right corner of the maze. Clyde (the orange ghost) is the last one to leave the pen, and he goes straight towards the lower left corner. So, as long as you don’t get caught while the ghosts are making their way towards their respective patrol routes, you’ll have some time to clear part of the bottom half without risk.

Just like navigating the tunnels, the ghosts are too good at bending down corners either. Pac-Man can turn through corners slightly faster than the ghosts can. This can work to the player’s advantage if he’s being hounded by several ghosts at a time. The sections of the maze that resemble a letter “T” are specially useful for this purpose, as they provide a zone where Pac-Man can swiftly zig-zag around, leaving the ghosts behind to eat his dust. Taking advantage of the corners might take a bit of practice, but it can definitely save your life in later levels

Despite being a mostly hostile place, the maze that Pac-Man has to traverse actually offers a safe haven where the player can go and rest without fear of getting caught by the ghosts. 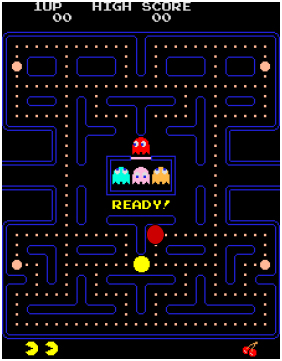 The red circle just below where Pac-Man starts off is the safe zone which no ghost can reach, and that can be used when the player needs to go to the restroom, or to take a break when binge playing. There are, however, two conditions that must be fulfilled to make the safe zone viable for use. The first is that the ghosts can’t “see” Pac-Man go in the safe place, or they will chase and catch him as he hides within. The second is that Pac-Man has to be facing north in order to make the hiding place work; this is because how the ghosts’ AI is programmed. For a better demonstration of the safe spot, please refer to this video.

This is most of what you need to know when it comes to maze layout. There’s much more we need to go over when it comes to Pac-Man, such as ghost behavior, tips to earn more points, and maze patterns. Unfortunately, it’s too much content for a single blog post, so we’ll be breaking it down into 3 parts.

Here at PrimeTime Amusements, we’re always at the forefront of all things Arcade. If you’re looking for a Pac-Man machine for your game room, or any other arcade amusement, for that matter, feel free to drop us an inquiry via phone at 1.800.550.0090, or to visit us at 5300 Powerline Rd. Suite 210, Ft. Lauderdale, Florida, 33309.

5 Great Space Games Everyone Should Play