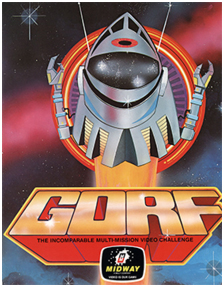 As we’ve mentioned on countless occasions, the ‘80s was the period when space shooter games were all the rage. However, while most titles featured straightforward gameplay with mechanics that were simple to grasp yet hard to master, there were others that ventured beyond the norm and offered a variety of gameplay styles. GORF is one of such games that didn’t conform to only one type of game, but it offered a total of 5 different game modes, one for each stage.

While this game was definitely varied in terms of gameplay, it caused some controversy in the industry as some of its game modes were “similar” to that of other games. Specifically, the Astro Battle and Galaxian portions felt quite identical to Space Invaders and Galaxian, respectively. It was a grey area back then, as Midway held the manufacturing and distribution rights for both games in the United States. While they were the company behind GORF, they ultimately decided to cut the Galaxian gameplay from home conversions due to their similarities.

Nevertheless, for all intents and purposes, while GORF may not feel like a unique game in some of its challenges, it’s still original enough to make its release justified in our eyes. Furthermore, for veteran gamers, this game could feel like a gauntlet of sorts where they could put their skills to the tests.

GORF is quite simple to play. The only controls are a joystick that lets you move in 8 directions and a fire button. The movement in this game is restricted to the entire width of the screen, but only a short distance vertically, meaning that your spaceship is limited to the bottom of the screen.

Throughout the game’s 5 stages, you’ll come across a variety of enemies, including the following: 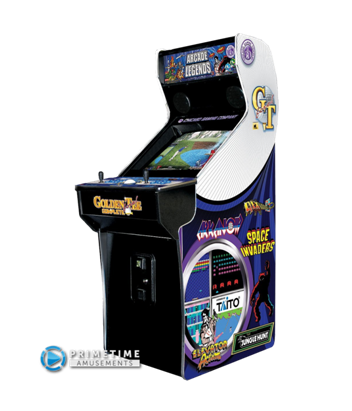 With the exception of stage 4, you can advance through every single level in GORF by destroying all the enemies on screen. In this sense, it’s more important to learn about the movements and properties of every single enemy in order to get an idea of how to proceed. Regardless, here are a few tips for each stage:

This is a lighter version of Space Invaders, with fewer enemies than in the original enemy. Instead of protective buildings you can hide behind, you’ll have a force field that is gradually broken as the enemies shoot it. However, this shield is momentarily deactivated whenever you shoot your weapon, so keep that in mind when you’re lining up shots. Remember that your ship can also move vertically to some extent, which will help when dodging projectiles. 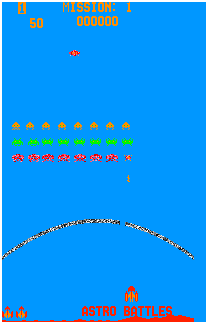 In this stage, you will fight against 2 groups of enemies, each spearheaded by a laser-firing ship. The lasers that these enemies shoot are very long and essentially prevent you from moving through them. These lasers work in tandem with the secondary enemies of the stage since they restrict the area in which you can move, which makes it difficult to dodge their divebombs.

When it comes to Stage 2, ALWAYS aim for the Laser Attack Ships first as this will make it much easier to dodge divebombs.

They didn’t even try to hide the similarities in this stage as it even has the same name as the game it copies. Nevertheless, this stage consists of fighting a swarm of 24 enemies whose sole method of attack is divebombing in a formation and shooting at you as they careen towards the bottom of the screen. The yellow and blue Galaxians often dive at you alone, while the others attack in groups.

There is never a safe spot in this game mode; the only way to stay alive is to keep moving at all times.

This level is where most players lose their lives as everything goes by so fast. In this stage, enemies will spawn from the wormhole in the middle and spiral outwards, getting bigger as they approach your ship. As they’re spiraling towards you, they will also fire fast-moving missiles that you’ll need to dodge. 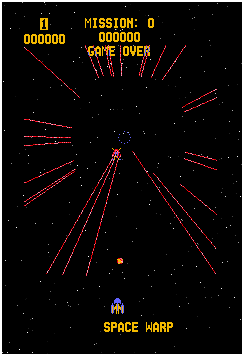 The speed of these enemies, combined with their very small frames as they’re emerging from the wormhole, makes it very hard to hit them. Luckily, you don’t necessarily need to kill them all in order to proceed, as the stage ends automatically after a certain time has passed.

While not the hardest stage, the Flagship enemy can take quite some time to defeat depending on your aim. The stage starts with the Flagship high above your own ship, protected by a forcefield not unlike the one you had in Stage 1. Before you’re able to shoot the Flagship, you’ll first need to chip away at the protective shield.

Once the shield is wide enough to start getting shots in, you may now start hurting the Flagship. However, unlike regular enemies, the only way to destroy the Flagship is by shooting directly at the red core within. If you look closely, there’s a small gap that leads directly into the core, which means that you can, in theory, take down the flagship in a single shot.

Every time you hit the Flagship, you’ll progressively destroy its hull, which breaks off and can destroy you if you don’t dodge the pieces. The hull fragments, combined with the Flagship’s own weapons continuously shooting at you make it difficult to dodge all the hazards in this stage. Luckily, as you shoot at the ship, you can start to open a wider gap into the core, and all it takes is a single well-placed shot to take it down. 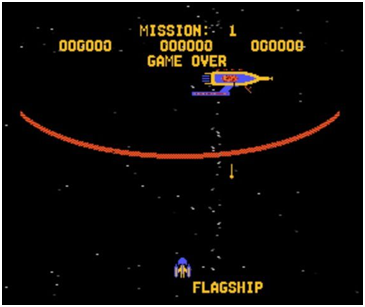 After defeating the Flagship, you’ll be promoted to a higher rank, and the game will start from the beginning. On every subsequent run, however, the enemies will be tougher and the overall difficulty will be higher.

How far can you get?