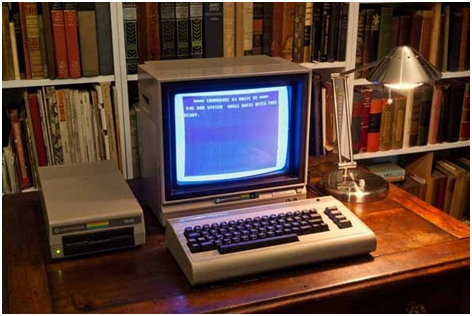 We recently talked about the importance of any given game’s musical score as a means to set the mood and complement the situation through which the player is currently going through. Proper sound design can turn a game from a fun, yet uneventful and overall “flat” experience, into one of the most memorable pieces of gameplay you will ever play. You see, unlike in real life, music in video games is not used solely to fill the gaps between gameplay and story, or to give a player something to sway to as he makes his way towards the stage’s end goal, or throughout the game’s plot. Instead a good musical score in a game is used also to create emotions within the player, and to set the tone for what the player should be feeling in any given situation.

This statement is particularly true especially when it comes to retro video games. Since these titles were limited to great extent by the hardware for which they were created, game developers had to come up with innovative ways (at the time) to create all the assets so that they could both fit in the cartridge – in the case of consoles -, while also allowing said assets to abide to the platforms hardware limitations. For this reason, most old-school video games have very simplistic and synthesized musical scores to go with their 8-bit or 16-bit graphical assets. Take the first Super Mario Bros, for example, whose soundtrack was composed by Koji Kondo, and consisted of only 4 tracks which could be reproduced by the 8-bit Nintendo’s RP2A03 processor chip, which played the role of both CPU and audio chip. The game’s soundtrack consisted of “Overworld”, “Underground”, “Underwater”, and “Fortress”, and were used in specific situations to create the mood for the player. The first track of the 4 is, by far, one of the most iconic pieces of video game music to date.

Regardless, the innovations that the developers had to come up with to create the musical scores for the games of the time has spawned a legacy which still lives on to this day, in the form of chiptunes. Simply put, chiptunes (sometimes also called 8-bit music) is a musical style consisting of compositions arranged in sound formats in which all the audio bits are synthesized in real-time by a retro gaming console’s sound chip. The musical style saw its peak in popularity during the late 80’s and early 90’s, but is still going strong to this day, with several groups and websites dedicated exclusively to discussing and sharing more musical content in this style.

In these decades, chiptunes was particularly famous because these chips were the only way to reproduce music on computers of the time, which granted the composers great flexibility to create the sounds and instruments specifically tailored for the tracks they were working on. However, since they were working with fairly simple sound synthesizers, they were also severely limited in terms of the complexity of the sound they could create. As a result, most chiptune tracks are comprised of interesting arrangement of beeps, boops, and other types of raspy or squeaky, most of which are greatly related to the world of gaming.

Nowadays, while still being a niche musical genre, chiptunes is still going strong. However, in stark contrast to the developers of the time, musical composers are no longer limited by old hardware. Instead, they still abide to the limitations of the 8-bit consoles as a means to continue creating music in this style. The most common type of computer used to create chiptune music today is the Commodore 64, which came equipped with a Sound Interface Device (SID), and allowed the composers to create complex sounds and arrangements, not unlike those created with an advanced synthesizer. Other popular platforms used by the composers in this industry are the MSX, the NES, and the ZX Spectrum, and these platforms also allowed for the creation of interesting musical arrangements using their sound chips.

The current denomination given to chiptunes in actuality are named “demoscene” or “demoparties”, and consist of showings where artists participate in “compos”, which are competitions dedicated to the elaboration and presentation of animated graphics and chiptunes, in direct defiance to the supposed obsolescence of the equipment used to create these forms of art. In the past few decades, there have been releases of new trackers, which aid in the production of retro sounds and chiptunes in general. Most noticeably, the Nanoloop, created by Oliver Wittchow in 1999, is a minimalist program which aids in the composition and synthesis of chiptunes, and is conveniently packaged into a Gameboy cartridge, for use in this handheld console. Other trackers, such as Little Sound DJ (LSDJ), add a user interface to the mix, which allows artists to compose music on the spot, which makes them very useful for “compos” or other live competitions and presentations.

Fair warning: the chat box in the video linked above is somewhat NSFW, so be mindful about where you open and watch the video. While the clip is a bit on the long side, we assure you that it’s worth the listen, especially if you’re a fan of chiptune. Just set it in the background and continue doing your thing while listening to this awesome chiptune mix, brought to your by Trey Frey.

Those who are interested in learning more about chiptunes may want to visit This Week in Chiptune, which is a website dedicated to following the latest happenings in the industry. Otherwise, a quick Google search will also net you tons of results, packed with information and resources about chiptunes and related topics. The truth is, chiptunes, as a form of art, is more alive than ever. And although the following is still fairly niche, there are tons of songs and music made with this technique which could arguably stand against pop music, or other popular genres.

At PrimeTime Amusements, we live and breathe arcade gaming. These amusements are our passion, and we take great pride in providing the very best arcade game sales and rental solutions to all our customers. If you want to place an inquiry, or require support with a game in particular, feel free to call us at 1.800.550.0090, or to drop by at 5300 Powerline Rd. Suite 210, Ft. Lauderdale, Florida, 33309.