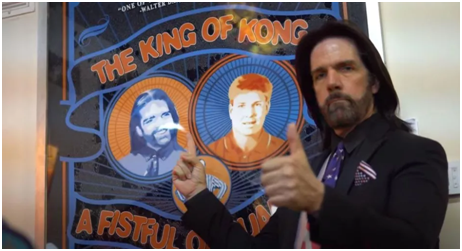 This week’s blog is short but sweet for those who are supporters of Billy Mitchell, the world-class Pac-Man and Donkey Kong champion. Back in 2018, he had his records removed from the Guinness World Records after allegations of cheating via the use of MAME came to light on Twin Galaxies. This past week, Guinness reversed their previous decision and reinstated all of his previous scores. This came about after a long period of appeals and threats of lawsuits, with Guinness coming to the conclusion that there was not enough material to support the claims that Mitchell had, in any way, doctored the footage nor had resorted to using cheating software when he set his records.

The reinstatement, however, wasn’t solely due to the examination of the pre-existing evidence. Guinness arrived at this new verdict after the revision of newly-presented eyewitness testimonies, coupled with hardware revisions, experts testimonials. In light of the facts presented to them, the group concluded that the previous accusations and verdict didn’t hold water. Consequently, Mitchell is back in the books, with all three of his world record entries revalidated.

The popular gaming and tech news website, Ars Technica, held an interview with Mitchell after his reinstatement, where he revealed that it was Robbie Lakeman, current high score world record holder in Donkey Kong, who provided the expert analyses of the gameplay. Lakeman had this to say regarding Mitchell’s performance:

“After reviewing Billy’s gameplay and reproducing similar games myself, I can honestly say that this is legitimate gameplay,” Lakeman said in a statement. “I do not see a reason why Billy would need to even use MAME or save states to film both games with this style of play.”

Moreover, Mitchell also added the fact that all of his high scores had been set in public venues with plenty of eyewitnesses and referees that could attest to his performances. In the 1,050,200 Donkey Kong record, he even has his hardware verified by Nintendo engineers to check that it hadn’t been tampered with in any way. We recommend checking out the full interview at Ars Technica’s website if you want to learn more about this fascinating turn of events.

The reveal of Mitchell’s reinstatement was made through an official video, which is front and center in Guinness World Records’ website. You can check it out below:

What do you think of Mitchell’s records being reinstated? Let us know your thoughts and opinions!

EVO 2020 to be Hosted Online - Registrations Are Currently Open