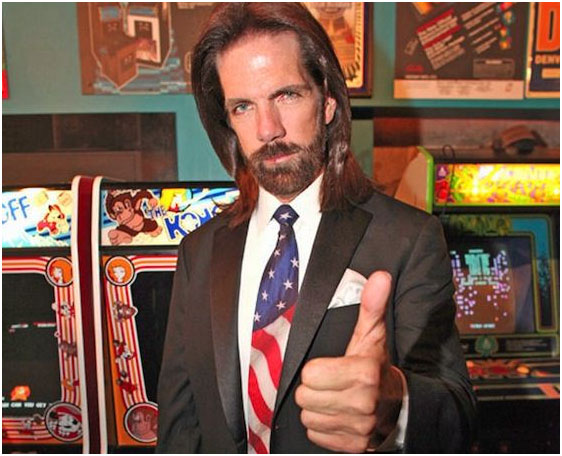 Over the years, Billy Mitchell has become somewhat of a pop culture phenomenon when it comes to video game references. He was pronounced as the “Video Game Player Of The Century” by the record keeping organization Twin Galaxies and became known as the king of arcades. He set several world record scores on a variety of arcade games, namely Donkey Kong & Pac-Man, and he would later set record scores on titles in full view of the public between 2005 and 2007. However, the arcade star’s efforts might just have been in vain, considering that his high records have just been scrubbed, and he was banned from participating in the leaderboards after a controversial dispute this past February.

Twin Galaxies, an organization charged with the tracking and verification of video game records and high scores had been in a discussion with Mitchell on allegations that the star had used a MAME machine when setting his famous 1,062,800-point high score in Donkey Kong. These processes take a hefty amount of time and arbitration, during which the organization and the player go back and forth until a verdict is reached. However, due to compelling evidence presented by forum poster Jeremy “Xelnia” Young, which proved beyond a doubt that Mitchell had, indeed, been using a MAME to submit his gameplay, his records were scrubbed and his participation in future competitions was forbidden by the organization. It’s important to note that Young was the one that began the dispute with Twin Galaxies, in the first place.

As many in the industry may know, the use of these emulators is strictly forbidden by the rules, at least when it comes to Donkey Kong. In order to accept a submission, the player must thoroughly prove that he is not using such machines and that he or she are playing on an authentic arcade cabinet. In the recording submitted by the player, they must provide proof that the machine has not been altered in any way (which is easy to do with MAME; MAME can use “save states” which serve as a restore point for one to go back and try again – something that cannot be done on a real arcade machine), as well as provide footage of the player using the cabinet. 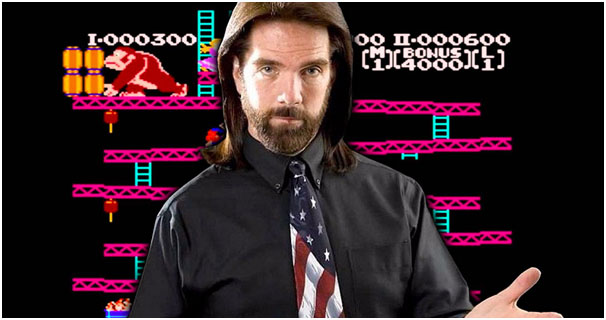 The removal of his records from Twin Galaxies’ databases was also followed by Mitchell’s dismissal from the Guinness Book of World Records, with the following statement: leaderboards.

“The Guinness World Records titles relating to Mr. Mitchell’s highest scores on Donkey Kong have all been disqualified due to Twin Galaxies being our source [sic] of verification for these achievements,” said the organization to Kotaku. Furthermore, considering that any and all of Mitchell’s records, including the perfect score in Pac-Man, and highest score in Pac-Man, were also removed from Twin Galaxies’ database, so too were they removed from Guinness’ records, even though they technically were not subject to debate in the dispute between the Mitchell and Twin Galaxies.

This decision was the result of a multiple month-long investigation by the organizations and certain contributors, including Young.

Mitchell has since issued his own statement in response to Twin Galaxies’ decision, in which he was insistent that his team would work on bringing the truth to light. We’re here at the Midwest Gaming Classic. I’m here with Old School Gamer Magazine. I’ve been asked to address things that are recently been in the media. The fact of the matter is now there is a true professional due diligence being done to investigate things that happened as far as 35 years ago in a professional manner, not in a shock jock mentality designed to create hits. We will show that everything that has been done, everything was done professionally according to the rules, according to the scoreboard, the integrity that was set up,” said Mitchell.

You can find the rest of his statement here; this was issued in March of this year. As of the end of June 2018, the evidence on his defense has not come to light. 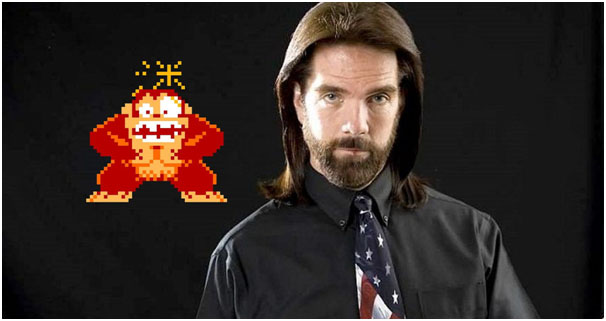 What do you think? Is Mitchell guilty? Was the punishment too harsh for the crime? Leave your impression in the comments below!