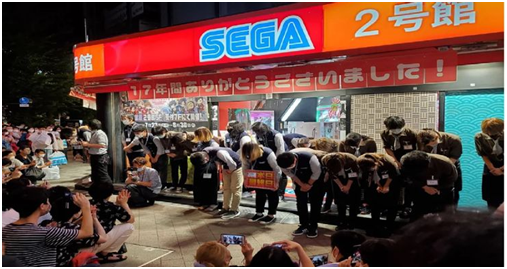 Late last August, the Japanese arcade industry took a heavy hit as SEGA’s iconic Akihabara GiGo closed its door permanently. The news comes in the midst of frequent cancellations, postponements, and a whole host of lamentable announcements due to the ongoing COVID-19 pandemic. SEGA hasn’t elaborated on whether or not the crisis had anything to do with this unfortunate move, although it’s hard to believe that the sudden stop of tourism coupled with the lockdown wouldn’t make it difficult to keep things afloat for the gaming giant. 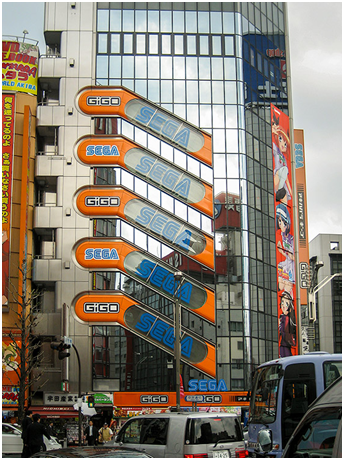 The building was one of the most popular and iconic in Akihabara, and one of the most common tourist stops for those who visited the gaming, electronic, and anime capital of Japan. It had 6 floors, all chock-full of different arcade machines and amusements from all across SEGA’s lifetime. From claw machines and old-school light gun games, to the latest Street Fighter and other iconic SEGA titles, all of which were completely available for the locals and tourists to enjoy in their trips to the popular venue.

The news of the closure came suddenly, and initially without any formal announcement from SEGA. Early in August, the staff hung up a notice on the business’ front doors revealing that it would be formally closed on August 31. As mentioned above, there was no—and still hasn’t been—any formal reason for the action revealed, nor whether or not the closure would be permanent or if the business would be reopening when the pandemic passes and foreign travel is reopened across the world. Regardless, this is a sad outcome and yet another addition to the list of bad news from the pandemic.

Of course, the news didn’t come without its massive amount of backlash and public outcry as fans and supporters have turned to social media to convince SEGA to keep the center alive and open. But while these petitions didn’t dissuade the company from shutting it down, there’s still a glimmer of hope that this action could be temporary and that the SEGA Arcade could reopen in the future.

This center was very popular and a standing monument to SEGA’s exploits in the arcade industry. Not only that, but while all of the machines within consisted of SEGA make, it was also a time machine of sorts, with games from their heyday as well as more modern entries.

Luckily, this isn’t the only SEGA center in Akihabara, and much less in Japan. There’s still a few places that tourists can go to enjoy their titles and games, and to check out their history in the industry. While this is a heavy loss, indeed, there’s still much that can be found in the gaming, electronic, and anime capital of Japan once the pandemic blows over and travel restrictions are lifted.