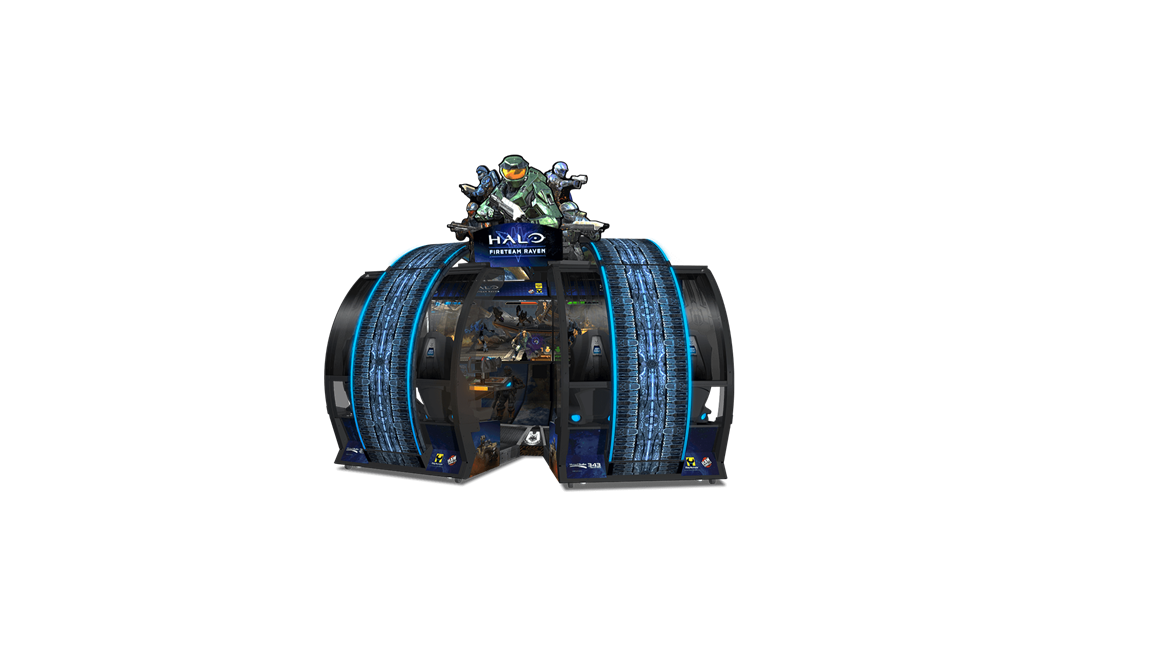 First of all, Merry Christmas and happy holidays to everyone!

Joining this season’s greetings, we have some good news to discuss for Halo enthusiasts out there— and with the recent release of Halo Infinite’s multiplayer component and subsequent story mode on PC and consoles, we bet there are quite a few you out there at this very moment. Case in point, the Halo: Fireteam Raven game by Raw Thrills, which was released as a collaboration between Play Mechanix and 343 Industries in 2018, is apparently getting a brand new release dubbed “Halo: Fireteam Raven Standard”.

The Super Deluxe model of Halo: Fireteam Raven released in 2018.

The original Halo: Fireteam Raven is set during the events of the first game in the series, Halo: Combat Evolved, except instead of controlling Master Chief and kicking Covenant butt, you’re placed in the shoes of a member of Fireteam Raven, a squad of ODST soldiers. Your mission: to support the legendary Spartan in his fight against the Covenant and the Flood, a task that will take you across various stages and missions and will let you use a variety of different weapons to achieve your goal.

While the game is relatively straightforward, the developers have spared no expenses with the cabinet itself. The original model of Fireteam Raven boasts an absolutely massive cabinet: The 4-player version, first released in 2018, features an enormous 130” 4K display and a cabin large enough to comfortably seat four adults, while its smaller counterpart released a year later has a 55” display and accommodates only two. However, regardless of the version, these games are fitted with mounted light guns with state of the art haptic feedback to fully immerse the players in the action. Nevertheless, both machines are obviously the same game, and the only thing that varies is the number of players.

Now, three years after this release, the new “Halo: Fireteam Raven Standard” is supposedly bringing the same game to FECs, but with a much smaller profile. And though we only have an ArcadeHeroes report, which itself is based on a single photograph from an Illinois FEC, to go by, we can say for sure that this could be an enticing version of the popular Halo game: not only does it offer the same intense action, but the machine itself is much smaller, designed for two standing players like a regular light gun cabinet, and with removable weapons instead of mounted variants, giving the users even more freedom to aim and shoot. 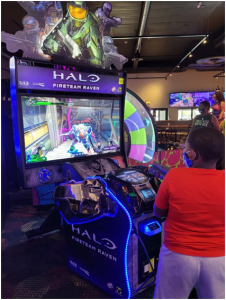 For the arcade game connoisseurs out there, this new Halo Fireteam Raven version is based on a model similar to the Aliens Armageddon cabinet, except with a different color palette and obviously different, Halo-based designs on the panels and marquee. And though there still isn’t much to say about this reveal, considering that it hasn’t even been officially announced by Raw Thrills, we’ll keep you updated on any future updates or developments on this interesting machine.